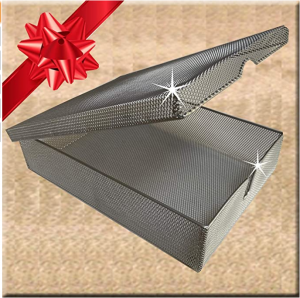 There are other versions. There are a whole lot of these things!

In case you’re wondering what it is, it’s a small Faraday cage for people who are sensitive (they think) to EMF radiation. These are designed for you to place your WiFi router in so that it will stop hosing your house with 2.4-5 gigaherz radiation. Which is the whole point of a WiFi router. So yeah, you go drop $100 on a router so you can browse the internet, and then cage it up in a metal box so you can’t browse the internet. Brilliant!

Another amazing thing: those cages have a significant number of 5-star reviews. I guess they work!

Victory celebration! » « Syracuse, you still there?