I’ve wanted to photograph this spectacular church and graveyard in Starbuck, MN (about 20 miles away from me) for a while, and this morning, on a whim, I decided to drive out early in the morning to explore it. The plan was to catch the sunrise light, maybe get some nice background, but no, the weather did not oblige. Instead, we got a pale gray sky that slowly brightened, uniform and uniformly uninteresting. I took a few shots anyway. Maybe I’ll try again on a different day. 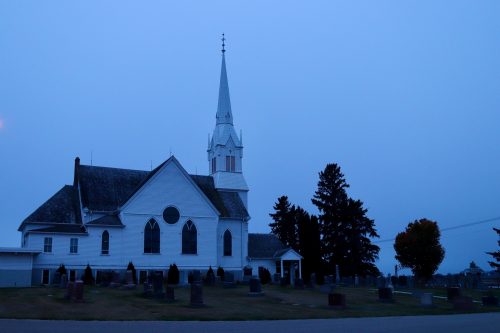 This is the Indherred Lutheran Church, and the steeple declares that it was built in 1896. The graveyard is significantly older, though — I found tombstones from the 1860s, and other stones so eroded they were unreadable. Most of the names were German and Scandinavian, as you’d expect. It’s hard to imagine living in this remote part of the country 160 years ago, when there was probably nothing but a dirt road connecting your tiny community of farmers to markets and civilization; I think the railroads were mainly built in the 1880s and later. 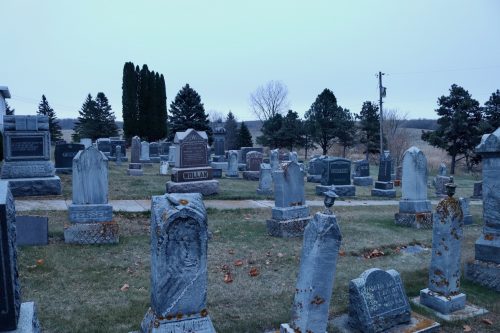 There were some funky tombstones there that made me wonder about the story behind them, like this stone tree-trunk for Swerre Torenius A. Wollan. Yeah, that’s not a rope, it’s sculpted. It’s got spectacular lichen growing on it, too. 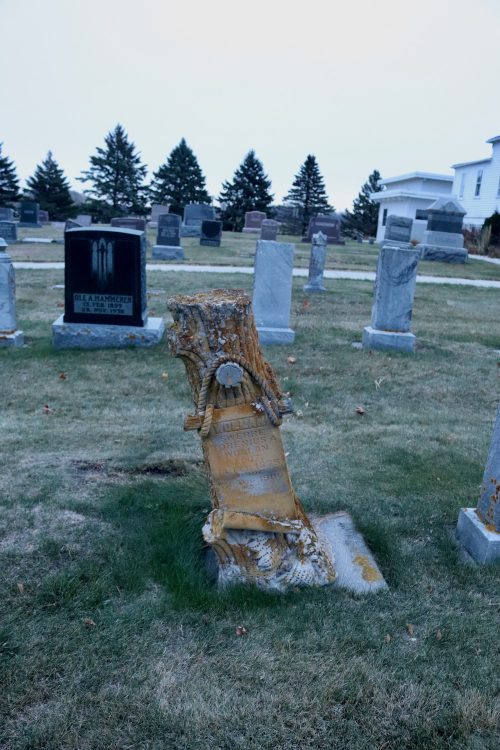 The other question in my mind was what language they were speaking. I know a little rusty German, and this ain’t it. Instead of “born” and “died”, we’ve got “fodt” and “dode”. Maybe someone will recognize it. Is this some archaic form of Danish? Some other Scandinavian language?

I couldn’t even guess what this inscription says. It’s tantalizingly germanic, but that’s as far as I can get. Also, lots of the stones had this hand symbology, like the handshake on this one. 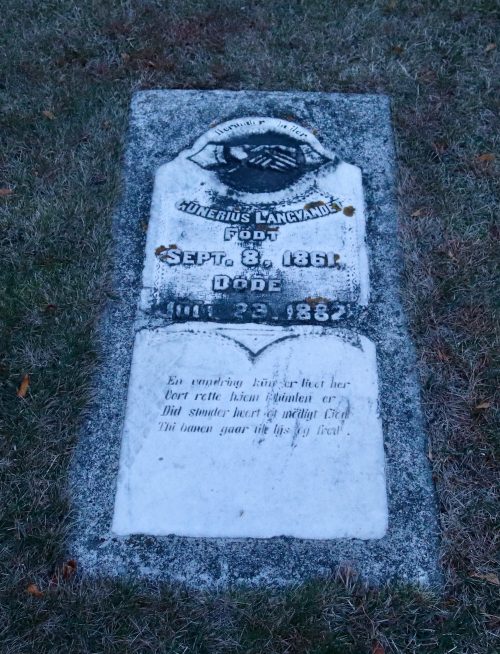 I also sent one photo off to affinitysubmissions@gmail.com, we’ll have to see if it makes the cut. You know that as part of our fundraiser, we’re inviting everyone to send in photos with a Fall/Halloween theme, right? That means you, too. Maybe your work will end up in our art collection for everyone to see! We also welcome donations to our cause, if you don’t feel like taking pictures.

Is this supposed to be satire? » « More stuff to worry about