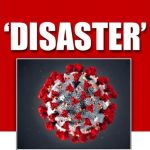 Rolling Stone tracks all the errors leading to our current unprepared state, and names the names.

The front-line agency built to respond to a pandemic, the CDC, was placed in unreliable hands. Dr. Robert Redfield is a right-wing darling with a checkered scientific past. His 2018 nomination was a triumph for the Christian right, a coup in particular for evangelical activists Shepherd and Anita Smith, who have been instrumental in driving a global AIDS strategy centered on abstinence.

Redfield’s tight-knit relationship with the Smiths goes back at least three decades, beginning when Shepherd Smith recruited him to join the board of his religious nonprofit, Americans for a Sound AIDS/HIV Policy (ASAP). The Smiths made their views plain in the 1990 book Christians in the Age of AIDS, which argued HIV infection resulted from “people’s sinfulness,” and described AIDS as a consequence for those who “violate God’s laws.” Redfield, a devout Catholic who was then a prominent HIV researcher in the Army, wrote the introduction, calling for the rejection of “false prophets who preach the quick-fix strategies of condoms and free needles.”

The CDC reports to the Department of Health and Human Services, led by Alex Azar, a former executive for the pharmaceutical giant Eli Lilly who gained infamy, in his five-year tenure, by doubling the price of insulin.

Azar is a creature of the GOP establishment: He cut his teeth as a Supreme Court clerk to Antonin Scalia, worked with Brett Kavanaugh on the Clinton-Whitewater investigation under special counsel Ken Starr, and served as a deputy HHS administrator in the George W. Bush era, before becoming Eli Lilly’s top lobbyist. Azar, 52, is the type of corporate leader Republicans have long touted as capable of driving efficiencies in the unwieldy federal bureaucracy. Senate Majority leader Mitch McConnell praised Azar’s nomination in 2017, insisting, “Alex brings a wealth of private-sector knowledge that will prepare him well for this crucial role.”

Stephen Hahn had been on the job at the FDA for barely a month. A bald, 60-year-old of modest height, Hahn has an impeccable résumé — he served as chief medical executive at the University of Texas MD Anderson Cancer Center — but he had no experience running a government agency.

The need to engage the private sector for coronavirus testing was not only foreseeable, it was foreseen — by Trump’s first FDA commissioner, Scott Gottlieb. In a January 28th Wall Street Journal article, “Act Now to Prevent an American Epidemic,” Gottlieb warned that the “CDC will struggle to keep up with the volume of screening.” He said the government must begin “working with private industry to develop easy-to-use, rapid diagnostic tests.”

If Hahn read his predecessor’s call to action, he did not act on it. Hahn did not lack authority; the FDA has broad discretion to relax the rules that were locked into place with Azar’s declaration. But Azar had, unaccountably, not included Hahn on the Coronavirus Task Force. By default, private test developers were now required to obtain an “emergency-use authorization” from the FDA to deploy COVID-19 testing. “Companies couldn’t make their own lab-developed tests,” Adalja says, “so you had Quest and LabCorp and the big-university labs on the sidelines.”

Having plunged the nation headlong and unprepared into the deadliest disease outbreak in a century, President Trump is now proving to be one of the greatest obstacles to an effective national response.

Sebelius ultimately blames Trump for failing to end the infighting and fix the testing failure. “The White House has a unique way to get agencies’ attention, by making it clear that they want a solution, and everybody at the table with that solution within 24 hours,” she says. “If the president wants this to happen, it will happen.” But on his visit to the CDC in Atlanta, Trump had made an extraordinary admission: That he did not want to let passengers from a cruise ship, then suffering an outbreak off the California coast, to come on shore because the tally of patients would rise. “I like the numbers being where they are,” Trump said.

There are many other players, like Mike Pence, but these four are singled out for having the greatest responsibility and potential ability to have addressed the problem early on, who then failed and continue to fail spectacularly. Given the US’s historical failure to be able to hold our leaders accountable for anything — we’re treating the war criminal George W. Bush like a statesman now — I suspect they’re all going to emerge from this debacle unscathed, with a hundred thousand dead (or more) at their feet, and they won’t be arrested and tried for malignant neglect of their duties.

I still hold Henry Kissinger guilty of being a monster, and yet he’s still advising governments on how to murder their citizens. He’s a walking, talking declaration to the world that there is no justice.

I didn’t need the ad to know I have to vote for Biden next fall » « The Itsy-Bitsy Spider, featuring the late Little Richard