Life Magazine indulged in a little propaganda in 1916 to persuade the citizenry that we ought to be involved in World War I. If we weren’t, why, the Germans would invade from the east and the Japanese from the west, and we good Americans would be confined to a …reservation in the desert, a prospect offered without irony. 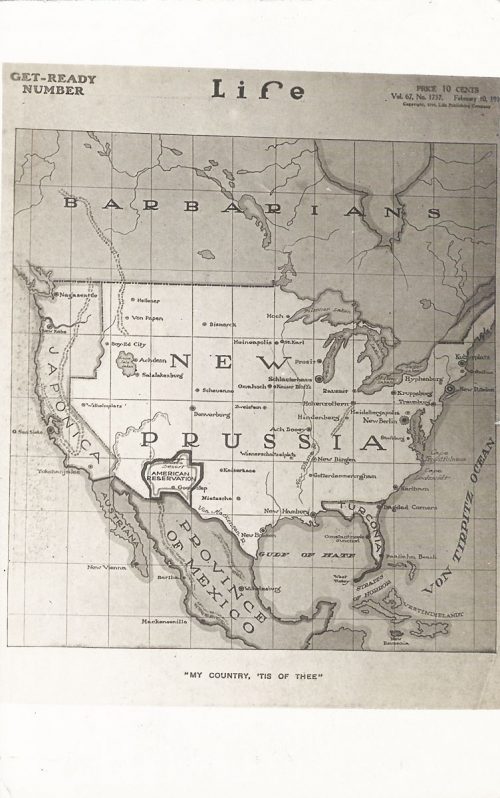 Curiously, Canada is labeled as a land of barbarians. Canada joined the war effort in 1914, though, before the US did. I’m not sure what they’re implying.

Microbiology scares me » « Please, I would like to hear more and join the Cult of the Void