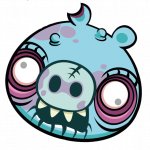 I’m catching up on my dramatic reading, so of course I had to dig into the latest mad science, a paper in Nature on the Restoration of brain circulation and cellular functions hours post-mortem. This is classic mad science: pig brains were collected from a slaughterhouse, hooked up to a carefully designed perfusion apparatus, and then flooded with an appropriate physiological solution to examine how well the tissue held up. The authors aren’t trying to raise the dead, though. Rather, it’s more of a quantitative study of what happens to the tissue in the hours after death.

The results are interesting, but not surprising. After all, no one expects that the brain immediately slumps into grey, gooey oatmeal at the instant of loss of brain activity — once metabolic support at the organismal level is lost, and once integrated overall activity in the functional networks of the brain fail, it’s going to take time for death at the cellular level to occur. This paper was looking at the progression of cellular loss, and also examining how their perfusion protocol could slow that decay, making some of the cells available for laboratory research. That should be clear from their conclusion.

These findings show that, with appropriate interventions, the large mammalian brain retains an underappreciated capacity for normothermic restoration of microcirculation and certain molecular and cellular functions multiple hours after circulatory arrest. In addition, this platform could offer investigators the opportunity to conduct prospective, functional ex vivo studies in intact brains that would otherwise be limited to static histological, biochemical, or structural investigation.

So what did they find? That the plumbing of the brain, the major arteries and veins and even portions of the capillary network, were still patent hours after death, and that the walls of the circulatory system were still responsive to pharmacological agents. That the general cytoarchitecture of the brain, that is, the major pathways and grey and white matter of the brain, remained largely intact for hours, although there were also scattered areas that dropped out. That individual neurons retained normal morphology, even to the level of synapse structure, and that their perfusion protocol reduced the swelling and apoptosis of individual cells. That glia persisted and retained some of their inflammatory properties. That when perfused, the brain as a whole still metabolized, taking up glucose and oxygen and producing carbon dioxide, and maintaining the pH of the fluid.

One thing they did not see was restoration of overall activity of the brain — consciousness, even at its most primitive level, is a property of a network of interactions, and that property was gone. That’s what death is to a multicellular organism, a loss of coordination and integration between its components, and finding that bits and pieces still retain functionality at a cellular level doesn’t mean that the whole has been restored.

The observed restoration of molecular and cellular processes following 4 h of global anoxia or ischaemia should not be extrapolated to signify resurgence of normal brain function. Quite the opposite: at no point did we observe the kind of organized global electrical activity associated with awareness, perception, or other higher-order brain functions.

A crude analogy: take a hammer to your computer. You open it up and find broken circuits and cracked connections. You can still pull out an IC and hook it up to an oscilloscope and find that the transistors and resistors and various subcomponents can operate to spec, but you know, that computer ain’t gonna be playing Fortnite no more, and isn’t even going to boot up.

And that’s how I see this study. It’s a useful exercise in salvaging components that could be useful in research, but this isn’t a resurrection protocol. The pig is irreversibly dead with wholesale damage across its nervous system, but some pig cells take longer to die. There’s an important distinction here between global meta-properties of the whole brain, and single cell properties, and you shouldn’t confuse the two. The authors don’t.

But then there’s all this foofaraw from people invited to comment on the study, where I’m not so sure that they see the distinction.

For example, “Pig experiment challenges assumptions around brain damage in people:The restoration of some structures and cellular functions in pig brains hours after death could intensify debates about when human organs should be removed for transplantation, warn Stuart Youngner and Insoo Hyun.” They report the important point that these brains are dead, but still seem to think that there’s hope.

Electrophysiological monitoring did not detect any kind of neural activity thought to signal consciousness, such as any evidence of signalling between brain regions. Nonetheless, the study challenges the long-held assumption that large mammalian brains are irreversibly damaged a few minutes after blood stops circulating. It also raises the possibility that researchers could get better at salvaging a person’s brain even after the heart and lungs have stopped working.

I also don’t see any offer of hope for clinical situations. What does it mean to “salvage a person’s brain”? If overall function has stopped, there’s no sign of electrical activity, that there’s been a loss of oxygen to the brain to the extent that signaling has been disrupted and lost, to say that some cells aren’t dead just yet does not hold out help for resuscitation.

This certainly does have ethical implications, though. I’m more concerned that some people might misuse this information to argue that resuscitation efforts were suspended prematurely — that a dying patient might cross that threshold into death, and someone will argue that because pyramidal neurons in the cortex of a decapitated pig could show electrical activity 10 hours after death, that’s cause to demand life support be maintained even longer.

And then there’s this one: “Part-revived pig brains raise slew of ethical quandaries: Researchers need guidance on animal use and the many issues opened up by a new study on whole-brain restoration, argue Nita A. Farahany, Henry T. Greely and Charles M. Giattino.” They also point out the obvious — these brains were dead — but they want to express reservations.

The work also raises a host of ethical issues. There was no evidence of any global electrical activity — the kind of higher-order brain functioning associated with consciousness. Nor was there any sign of the capacity to perceive the environment and experience sensations. Even so, because of the possibilities it opens up, the BrainEx study highlights potential limitations in the current regulations for animals used in research.

Most fundamentally, in our view, it throws into question long-standing assumptions about what makes an animal — or a human — alive.

Does it, though? Is this more dramatic than Luigi Galvani’s demonstration that a dead frog’s muscles would still twitch when an electrical current was applied? I’m sure it stirred up deep concerns in the 18th century, and could contribute to Mary Shelley’s Frankenstein, but does it really change our understanding of life in the 21st? I know I’m untroubled. My sense of self isn’t cellular. When my brain can’t perceive the environment or experience sensations or think, I’ll be dead and gone, even if my cerebral vasculature can still dilate.

I am also unsure what changes in regulations are required. They bring up the fact that none of this research would be judged unethical, so they’d like to change the rules so that it becomes unethical? I don’t get it.

The pigs, having been raised as livestock, were exempt from animal welfare laws and were killed before the study started. In the United States, the 1966 Animal Welfare Act is the only federal law that regulates how animals are treated in research, and applies to either living or dead animals. It explicitly excludes animals raised for food. Meanwhile, the policies and regulations of the US Public Health Service, which funds most US research involving animals — mainly through the NIH — do not specify any protections for animals after their death.

I’d really like to know what protections for animals after their death ought to be implemented, when the majority of these animals are being killed in order to suffer the indignity of being eaten. That’s the greater ethical question, not whether we should be working harder to shelter a few fading cells inside an animal that has just had its throat slit, been gutted, and chopped up into little bits that are then packaged in styrofoam and plastic at the grocery store. This study doesn’t raise any ethical concerns that aren’t amplified a million-fold times in our farms and meat-packing industries and kitchens.

I need to send this to my kids » « The authoritarian, profit-seeking people who want to seize the commons are the problem