You know that familiar Star Trekkie trope where a human makes a computer explode by leading it into a logical contradiction? It doesn’t work. It never works. Otherwise the final panel of this comic would be the freezepeacher alien melting down into a puddle of goo. 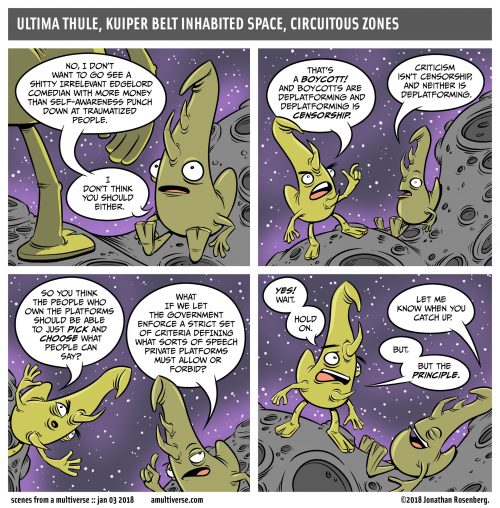 Any sentient brain will be at least subconsciously aware that it can’t encompass the entire universe of phenomena and so will be accustomed to shunting contradictions to the side. If it doesn’t fit the model of the world in their head, it’s ignored (or, in unfortunately rare cases, is used to modify the model).

That’s not the point of this comic, I know, but it just made me pine for a universe where the people who claim to be masters of objective truth actually would explode or disintegrate or whatever it is beings of pure logic do when logic fails.