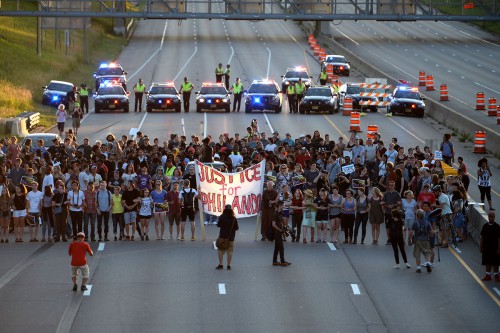 Protesters shut down I94 for about 5 hours last night, in a peaceful protest. I’m sure a lot of people were inconvenienced. It probably made people late getting to movies and parties and dinner reservations. Drivers were probably cussing about having to take detours.

It was still better than getting pulled over and shot.

It’s good, though. This is how you get attention for an important cause, not by being meek and staying out of people’s way, but by standing up and making people aware that these things matter.

Don’t blame the victims » « I get email