If you’re one of those people who argues that it’s the criminality of the citizenry that provokes police violence, that if only black people would stop committing crimes, they wouldn’t get shot, you might want to look at the data: there is no correlation between community violence and the violence of police responses. 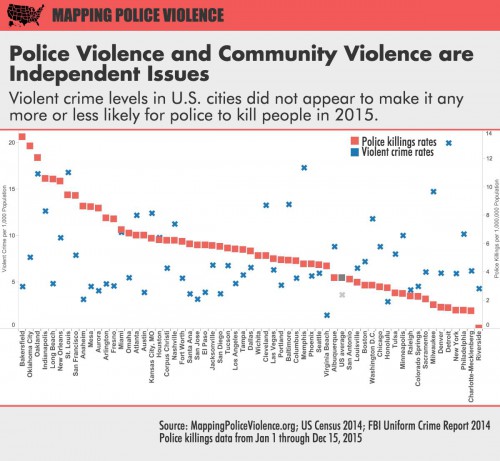 Here’s another report from a black policeman that explains a lot of what is going on.

Dangerous » « That’s how you do it