It’s become obvious recently that the political world has descended into madness. I thought the American elections were an embarrassment, but it seems that some people, to persuade others that the United Kingdom ought to leave the European Union, thought that the best argument they could make was to sail boats up the Thames and splash water on the boats of the people who think they should remain in the Union. On the scale of the great naval battles in English history, it was no Trafalgar.

I thought it was all pretty silly, especially when I saw who was leading the Brexit Armada. 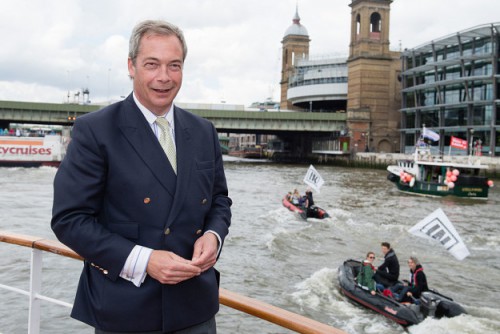 Do you think he bought the double-breasted blue blazer just for this event, because he thought it was what all the high-class yachting types wear?

Maybe we should outlaw ownership of guns by men? » « Lingerie is not armor