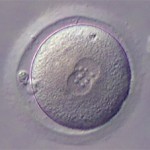 There deserves to be a special place in hell for smug, smarmy “pro-lifers”.

Dear @pzmyers I’ve read some of your reactions to pro-life claims on embryology. You seem to confuse biological claims with philosophical ones sir.

Oh, please, don’t “dear” and “sir” me. Have you ever noticed how some people like to paper over their stupidity with the most superficial expressions of politeness, as if it makes their argument respectable? Give me blunt honesty any day.

I also don’t need random goons on the internet telling me I have to make some distinction between science (usually, in this context, preceded by an unvoiced “mere”) and philosophy. Biology is a subset of philosophy. I get enough of that crap from real scientists.

Also, you don’t get to dignify your religious prejudices with the label “philosophy”.

Also, while it is try that there is always life somewhere and it always comes from the continued process of “previous” life so to speak, you are missing the point when you state this. The human you and I are do have a very distinguishable start and finish: fertilization and death.

Stop right there. That’s the whole point of contention, that you want to claim human life is distinguished by a bright sharp dividing line at the beginning and end. You don’t get to simply assert it. You especially don’t get to claim that I am missing the point when you blithely gloss over the whole argument by fiat.

You don’t even have an argument. You’ve got a preconceived emotional assumption that you’ve reduced to a simple binary state, and you are so damned ignorant that rather than consider the complexity, you’re going to parrot premises at me and refuse to think. Thinking makes the process complicated. You can’t deal with complexity. And most importantly, you don’t want complexity.

You and your “fertilization”. When in fertilization? Binding of sperm and egg recognition proteins? Membrane fusion? Fusion of the pronuclei? Be specific about that bright sharp line. Explain to me precisely why the cell before that instant is not human, and after it is.

(I can even guess what line of cant you’ll recite at me — some nonsense about a unique combination of genes. Because all we are is a particular matrix of genes, and it’s not as if gametes would have their own unique set of alleles. Fucking clueless idjit.)

I’m not even going to try and deal with your simplistic absolutist notions about the simplicity of death. You want to sanctify the sacred identity of a single cell at birth, and then at death let’s just ignore the trillions of human cells fading away piecemeal and pretend humanity is an aggregate property that winks out instantly when the heart stops or brain waves are undetectable or some such arbitrary criterion. You can’t even be consistent.

Fertilization starts the process of a distinguishable unique human being, ever so small, and death marks the absolute ending of that same unique inidivual.

The only thing I can agree with in your dogma is the phrase “starts a process”. Making a human being is a process. It’s not a switch. It’s not a beginning state and an ending state, with no ambiguity in between. You want to compress into nothing all the wonderful complexity of development, and reduce it to “is a baby”/”is not a baby”.

I’m going to throw one of my favorite quotes from Aristotle at you — not because he’s an authority you must obey, but because it’s a remarkably lucid statement of the obvious.

Why not admit straight away that the semen…is such that out of it blood and flesh can be formed, instead of maintaining that semen is both blood and flesh?

He’s pointing out that the beginning is not the whole of the story. That the gamete/zygote is not a complete organism at the onset, but must undergo a long pattern of epigenetic differentiation to build the tissues and organs and even identity of the adult. Even 2300 years ago it was patently obvious to philosopher/scientists that your magic dividing line was bullshit.

Wait, I know what’s coming next — no pseudo-profundity from a forced-birth activist is complete without some quote from an academic authority who favors their position, because as we all know, no one with a Ph.D. is biased.

Furthermore would you mind reviewing a quote by C. Ward Kisscher of the University of Arizona College of Medicine who is a specialist in human embryology? It reads:

“Every Human Embryology textbook, and every human embryologist, not only identifies the continuum of human life, but describes it in detail; which is to say: At any point in time, during the continuum of life, there exists a whole, integrated human being.”

I suspect you aren’t intellectually equipped to do that, though.