After years of affirmation and endorsements, he has finally sunk to a depth of evil and depravity and corruption that even I can no longer abide. Cthulhu has joined the Republican party. 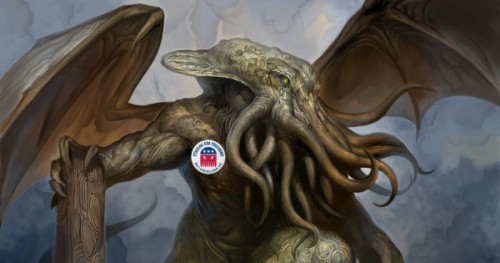 I could forgive him if he’d become a Christian or a Muslim, I could even look the other way if he started blogging at Patheos, but a Republican? Intolerable.

Anyway, I’m now in the market for a new evil god of nightmarish wickedness to which I can give my sarcastic support. Suggestions welcome.

I’m kind of leaning towards Jesus.