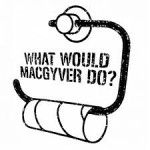 Don’t get me wrong — the space program is important, I support it fully, but this claim that a single book may have saved it is a bit much. Especially since that book was The Martian

“The Martian” doesn’t make a compelling political or budgetary case for sending humans to Mars. But it does make a human landing and perhaps even colonization of Mars seem plausible at the nuts-and-bolts, airlocks-and-solar-panels level. Sure, it would be wildly expensive, and there’s that whole EDL (Entry, Descent and Landing) issue, but remember, the story is set in the future, where people are smarter, and the duct tape still just as reliable.

I read The Martian. I even sort of kinda liked it — it’s a page-turner and the story kept rolling along. But here’s the problem.

The Martian is a Mary Sue for engineers.

It’s complete nonsense. It’s about a man left stranded on Mars who then mcgyvers his way through every little crisis to survive and eventually…OK, no spoilers. But telling you it’s a Mary Sue is a major hint to the predictable conclusion. If I’d written it, he’d be dead after the first chapter, but then, that’s why I’m not getting hundreds of thousands of dollars and a movie deal.

But if you’re arguing that this book makes Mars colonization seem plausible, we’ve got a problem. It was wildly, majestically, extravagantly implausible at every step. You are not going to survive on Mars by scavenging junked probes and strapping them together with baling wire and duct tape.

If The Martian makes living on Mars plausible, then Harry Potter makes magic plausible, and I’m going to go make a magic wand out of a twig, some chewing gum, and a feather. And that worries me that Americans think a blatant fantasy is a good justification for colonizing Mars.