Through my drug-induced haze, I’ve been following the rising tide of revulsion at Richard Feynman’s personal behavior. It’s been sad and distressing; he was pretty much an opportunistic cad with women. What’s also been disturbing is the denial by people who should know better — Feynman was completely open about it in his published memoir. Face it, accept it, get over it. If you’re making excuses for him, we’re laughing at you. I was amused at this illustration of the problem: 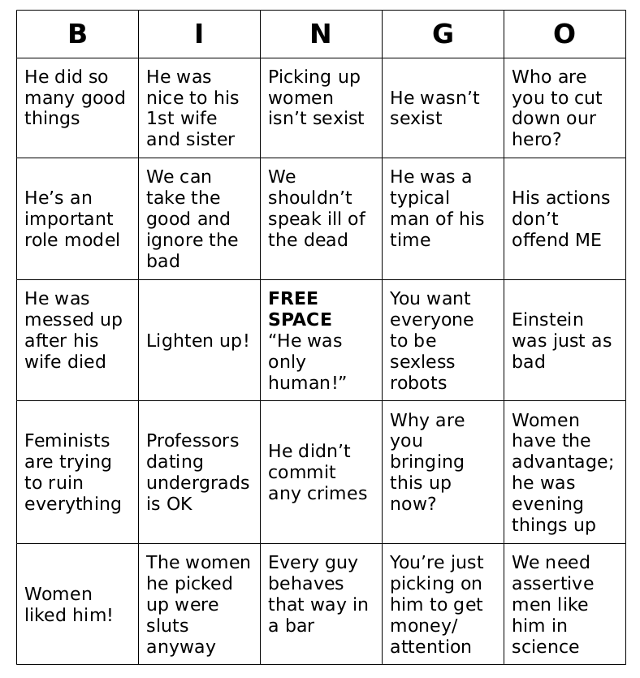 Being a great physicist does not make you a great human being. Everyone is a mosaic of different properties, and there is no automatic correlation of saintliness in all dimensions. And most importantly, being really good at physics or any other intellectual endeavor is not an excuse for being a reprehensible asshole.