Naoko Yamano was born in Osaka, Japan, on December 18, 1960, turning sixty years old today. She is the guitarist, singer, primary songwriter and only permanent member of Shonen Knife since their founding in December 1981.  One could say she is the Lemmy Kilminster of Japan, and it’s likely both would take it as a compliment. 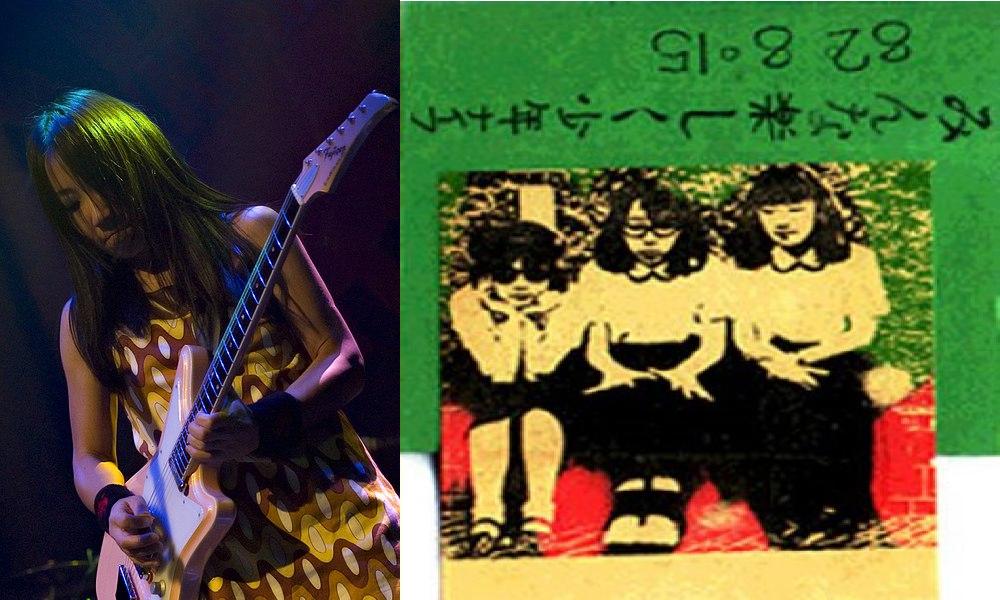 The original lineup of Shonen Knife also included her sister Atsuko Yamano on drums, and their friend Michie Nakatani on bass and keyboards. The three had jobs, but they were “Office Ladies”, a type of dead end job many Japanese women used to take until they married.  It was a prospect that did not appeal to the three. They were all fans of music, so they acquired instruments and began learning and playing songs. They released their first recording on cassette in 1982, “Minna Tanoshiku”, their first album “Burning Farm” in 1983, and their second “Yamano Attchan” (named after drummer Atsuko) in 1984.

In 1985, “Burning Farm” found its way to the US where it gained the attention of K Records. By the late 1980s they were touring the US and UK in support of other bands. Kurt Cobain heard their cassette and (in his own words) became a screaming fangirl at a Beatles concert. Nirvana invited Shonen Knife to tour the UK with them in 1991, and became instant friends. There is a lot more to their history than that, but the focus here is on Naoko Yamano’s birthday.  More below the fold.

Kurt Cobain was loud and proud expressing his admiration for The Raincoats when asked about his favorite music. Another all-girl band he championed was Shonen Knife.

Kurt Cobain saw Shonen Knife play in L.A. in 1991 and immediately became an enthusiastic fan. He told Melody Maker in September of that year:

We saw Shonen Knife and they were so cool. I turned into a nine-year old girl at a Beatles concert. I was crying and jumping up and down and tearing my hair out – it was amazing. I’ve never been so thrilled in my whole life. They play pop music – pop, pop, pop music.

A reviewer in the Boston Globe summed up the band very well by saying:

Theoretically, any band that writes songs with lyrics such as ”Banana chips for you!/Banana chips for me!/ In the afternoon, banana chips and tea” should have a life span no longer than that of a grasshopper. But something oddly spellbinding occurs when deceivingly silly lyrics are sandwiched between a buoyant guitar and a rapid-fire, pop-punk drum kit.

And this is exactly what appeals to me about Yamano and Shonen Knife. Her tastes are very similar to mine, a strange mix of Punk and Heavy Metal riffs and beats, with modern Pop and 1960s melodies, and not your typical song topics. (She like different bands than I do, but has the same tastes.) And her guitar sound is unique, mostly performed on Fujigen signature guitars made for her.  Yamano isn’t the fastest or flashiest guitarist ever, but her ability to write memorable riffs seems endless, and her sound is instantly recognizable.

Many of Shonen Knife’s songs she writes are about food, animals, holidays, toilet cleaning products and other unusual topics, which only adds to their charm.  Yamano isn’t unwilling to write love songs, she simply prefers not to.  Though several of their cover songs are love songs.

“I’m Just Ashamed to Sing About Love”: An Interview with Shonen Knife

Sometime around 1980, three girls from Osaka, Japan, fell in love with the Ramones. Unsatisfied with being mere fans, one of the girls, Naoko Yamano, finagled a guitar somewhere and learned the three chords necessary to play along with her Ramones records. Her sister, Atsuko Yamano, was recruited on drums and with friend Michie Nakatani on bass, the three took Japan, if not by storm, then at least by siege.

Part of the appeal of Shonen Knife is that the group seems straightforward and mysterious at the same time. The vocals are syrupy sweet, but the guitars are like gravel. The band members pioneering figures in terms of women playing rock, but they almost refuse to admit it. And for all the lightheartedness and fun, there’s a distinctly Japanese sense of melancholy running through many of their songs.

Naoko sings about astronaut cats and how you can’t eat gum in Singapore, about paper clips and ghost trains and burning farms, all with total sincerity and commitment. And while Shonen Knife’s stock in trade is mostly recycled Ramones and Ventures riffs, it still sounds fresh and unique, like no other band.

Interviewer: Many all-female bands, especially those associated with punk rock, feel the need to sing about women’s issues and politics. Shonen Knife seems more interested in things that are quirky, personal, and fun. Yet it must have been hard for you to succeed as women in rock. Was it a conscious decision to stay away from politics or just something that doesn’t interest you?

Yamano: I’m trying not to write songs about political ideological things. I want people [to] get happy through our happy music. Angry, sad, complaint songs [are] sometimes too much.

Interviewer: Japan has endured hard times in the past few years, with recession, natural disasters, etc., yet J-rock and J-pop seem as sunny as ever (as evidenced by your latest album, Pop Tune). Is it part of the Japanese character to be optimistic, or perhaps the music provides an escape?

Yamano: I don’t know, but if people get happy through our music, it’s great.

Interviewer: Most pop groups write nothing but love songs, yet you have few. Is this a punk influence?

Shonen Knife may have never broken through to the mainstream at large the way some K-pop bands have, but with longevity of nearly forty years and constant success and touring, they have definitely had the better career and produced better music.  Their influence on Japan’s DIY and Indie music scene is incalculable, for both bands of women and men.  Here’s a small sample of the band’s music:

“Burning Farm” from 1983, only three years since they learnt to play.  “Miracles”, “Twist Barbie” and “Watchin’ Girl” remain concert staples.

Let’s Knife was their 1992 album.  The opener and first single “Riding On The Rocket” garnered significant airplay on MTV.

Rock Animals in 1993 was likely their heaviest album to date (except perhaps the “Osaka Ramones” cover album).

“Buttercup (I’m A Supergirl)” appeared on the Powerpuff Girls soundtrack of 2000.

Their cover of The Carpenters’ “Top Of The World” appeared on the “If I Were A Carpenter” cover album of 1994, on the “Fast and The Furious: Toyko Drift” soundtrack, and was used by Microsoft in the promotional campaign for Windows 95.

This isn’t the only time I plan to talk about women in music this month.  Stay tuned for more. 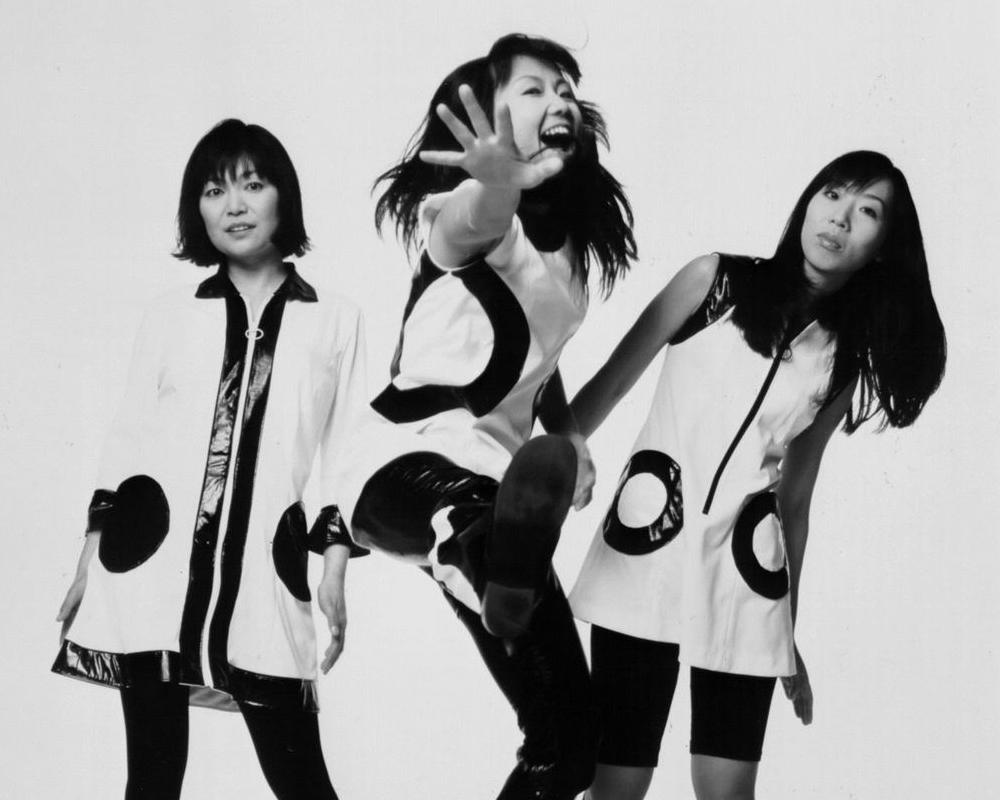