Forget crop circles, here’s a new thing for the ignorant to fawn over and start claiming “aliens”.

A helicopter pilot who monitors wild sheep in the Utah desert found something by accident: an unmarked and highly polished metal monolith in the middle of Utah’s desert.

A mysterious monolith has been discovered in a remote part of Utah, after being spotted by state employees counting sheep from a helicopter.

The structure, estimated at between 10ft and 12ft high (about 3 metres), appeared to be planted in the ground. It was made from some sort of metal, its shine in sharp contrast to the enormous red rocks which surrounded it.

To his credit, the pilot said he thought it had a reasonable explanation – a stunt, someone’s idea of art, or some other natural explanation, though the “news reporter” sounded gullible.  Given how many ignorant people believe in nonsense like bigfoot, pizza pedophiles and “trump re-election victory!”, you can be sure some of them will start travelling out to see it.

And no doubt a few will probably have to be rescued after getting lost in the desert.  Here’s a pic from the Utah Highway Patrol‘s facebook page: 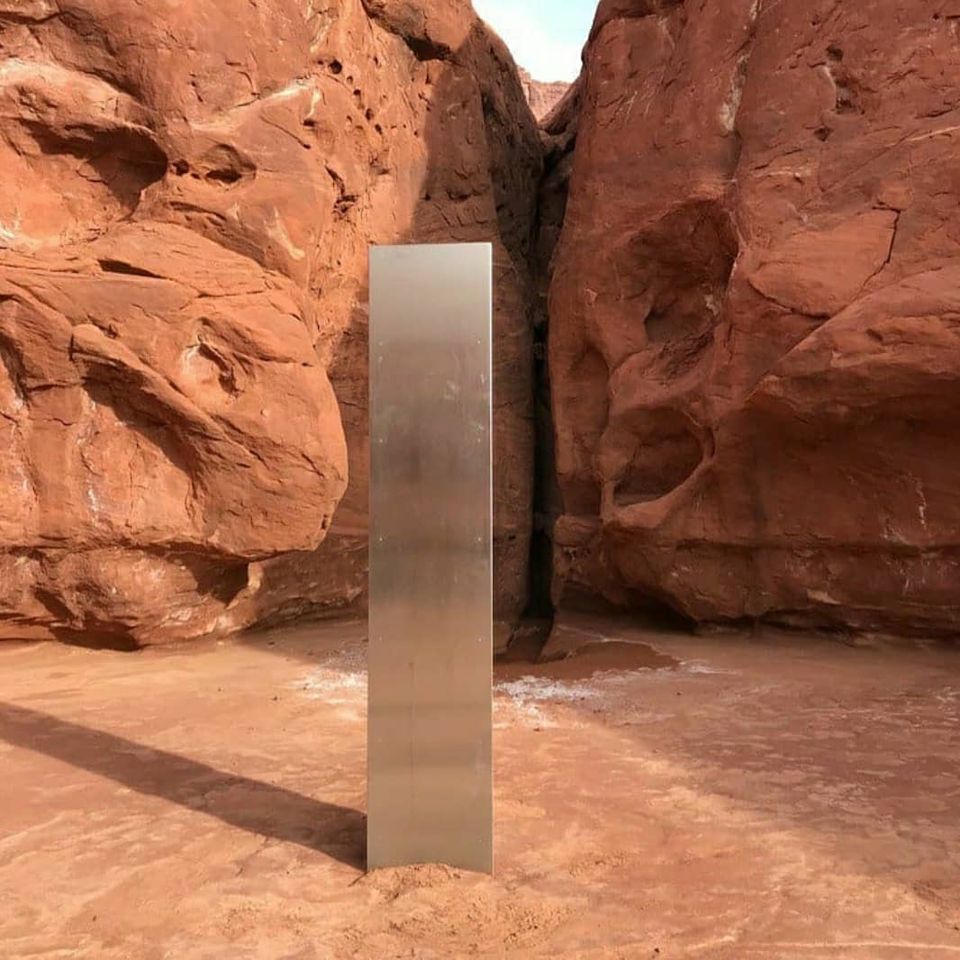 A synCReTiC idea CRiTiCized: Fifty years of Canadian Content laws » « Cover Up: Now I have to wear masks everywhere!