As I’m sure all will have heard, Ahmoud Arbery was murdered by Gregory McMichael and his son Travis McMichael.  They saw a Black man alone in a public place, chased him down, shot and murdered him for absolutely no reason other than the colour of his skin.  They claimed they were “stopping a criminal” while inactuality the sought an excuse to commit a crime.

Equally appalling, the state of Georgia did nothing for two months, only arresting the murderers after a video came out and a public outcry forced them to act.  The cops and courts had zero intent of arresting the two let alone prosecuting.  As someone noted elsewhere:

They weren’t arrested because THEY (cops) saw the video.

They were arrested because WE (the public) saw the video.

As others have pointed out to me, the individual pictured (now below the fold) is James Stachowiak, not McMichael, which means there are two white racist “separated at birth?” scumbags out there.  And probably more.

Since the arrest, an interesting picture has turned up: George governor Brian Kemp and Gregory McMichael.  Maybe this explains why Kemp didn’t want cops to arrest them: he wants racists to roam free with impunity unless it’s politically embarrassing. 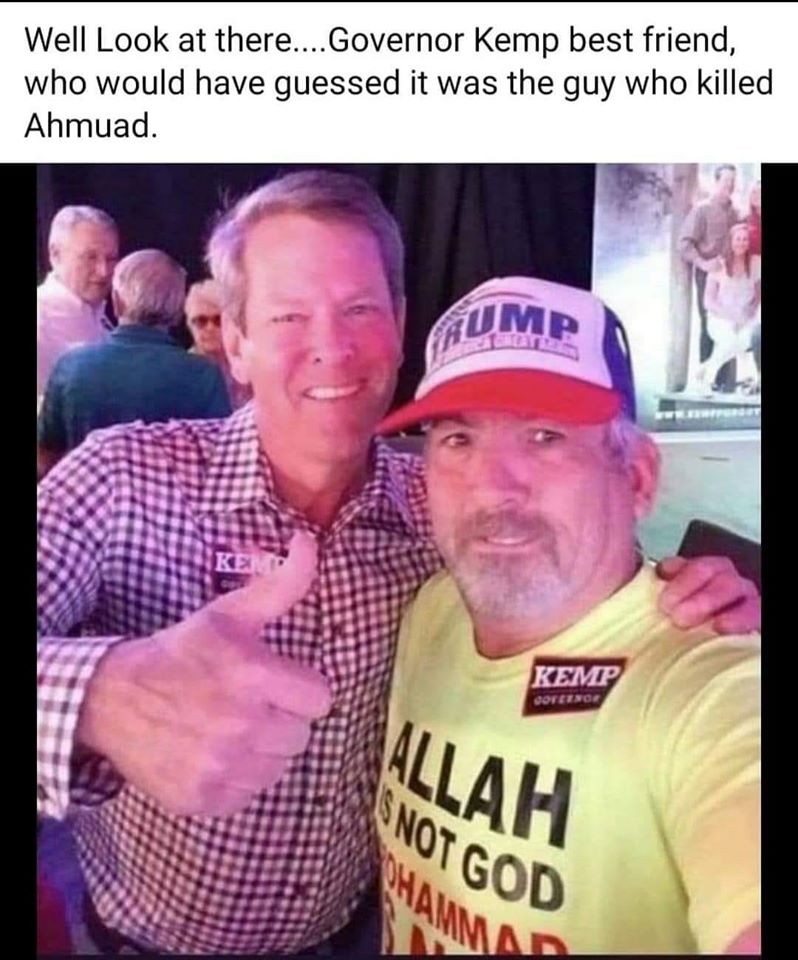 Bigots Turfed And Trashed: May 17 is IDAHoBiT » « Forced Participation Sucks: Sunday is just another day