Sunday May 17, 2020, is the International Day Against Homophobia, Transphobia and Biphobia, or IDAHoBiT for short. From the May 17 website:

The International Day Against Homophobia, Transphobia and Biphobia was created in 2004 to draw the attention to the violence and discrimination experienced by lesbian, gay, bisexuals, transgender, intersex people and all other people with diverse sexual orientations, gender identities or expressions, and sex characteristics.

The date of May 17th was specifically chosen to commemorate the World Health Organization’s decision in 1990 to declassify homosexuality as a mental disorder.
The Day represents a major global annual landmark to draw the attention of decision makers, the media, the public, corporations, opinion leaders, local authorities, etc. to the alarming situation faced by people with diverse sexual orientations, gender identities or expressions, and sex characteristics.

May 17 is now celebrated in more than 130 countries, including 37 where same-sex acts are illegal. Thousands of initiatives, big and small, are reported throughout the planet.

As the link says, the WHO removed natural sexual attractions as a “mental disorder”, though I’m sure Xi (the Beijing butcher) would like Tedros to reinstate that.  More below the fold.

May 17, 2019 was the date Taiwan supposedly enacted marriage equality. I despise how the media uses unacceptable terms like “gay marriage” and “same sex marriage”.  It erases the existence of anyone outside the cishetero binary.

And I say supposedly because Taiwan’s law is discriminatory and selective.  It allows marriage between a Taiwanese citizen and foreigner only if the foreigner’s country also recognizes the marriage. Those from oppressive and bigoted regimes where they have no human rights and who found love in Taiwan are not permitted to marry.  If the rights are available to all people, then it’s not equality.  Taiwan is pandering to other regimes because most have turned to China for financial reasons.

While the landmark Enforcement Act of Judicial Yuan Constitutional Interpretation No. 748 (司法院釋字第748號解釋施行法) — passed by the Legislative Yuan in May last year — made Taiwan the first Asian country to legalize same-sex marriage, a loophole in the act makes it the only country where a citizen’s right to marry a same-sex partner depends on their nationality.

“Of the 27 countries that have passed same-sex marriage, Taiwan is the only one that requires both parties to come from a country where same-sex marriage is legal,” Taiwan Alliance to Promote Civil Partnership Rights board member Victoria Hsu (許秀雯) said.

While the law was drafted to comply with the Council of Grand Justices’ Interpretation No. 748, which stipulates that the right to same-sex marriage is guaranteed by the Constitution, the loophole means that Taiwan’s marriage laws remain “unconstitutional,” she said.

Barring the importation of COVID-19 or China deliberately causing a mass infection, Taiwan will hold its annual Pride parade in October. Sadly this year, there won’t be participants and flags from across Asia as there usually are (everyone between Japan, Indonesia and India, plus others too). This year it will be citizens and foreign residents only. Even so, with (sort-of) marriage equality and foreigners possibly being allowed to stay (if visas are extended), the parade should still top the 100,000 mark.

Sadly is the right word.  Indonesia’s theocratic pseudo-“democracy” is trying to legalize the torture of LGBTQIA people with the long-discredited “conversion therapy”.  They plan to do “exorcisms” which will undoubtedly involve physical abuse and potentially kill innocents.

Andin is haunted by memories of being forced into an exorcism to “save” her from being transgender — a ritual that could become mandatory for Indonesia’s LGBT community if a controversial new law is passed.

For two decades she has endured harassment and abuse as her family desperately tried to “cure” her. Treatments ranged from being bombarded with Koranic verses while trapped in a locked room for days, to being doused with freezing water by an imam promising to purge the “gender disease”.

But it is the exorcism that breaks her heart.

She was taken against her will to a strange religious guru near her hometown of Medan, North Sumatra. He showed her a burial shroud commonly used to cover the dead and prayed over her.

He then gave a stark choice: relinquish life as a woman, or go to hell.

“Nothing changed after the exorcism. I’m still LGBT, but my family didn’t give up easily,” says Andin, 31, who asked that her real name not be used.

“It’s traumatizing — the horror of that memory stays in my head.”

Early in May, Indonesia arrested a man for “pranks” – giving boxes of garbage to Transgender people, falsely claiming it was food.  People were outraged, Indonesian police arrested him, and he may face twelve years in prison.  But is this actual justice, or just pretence to give the world the false impression the government “cares”?  In April, two Indonesian males burnt a Transgender woman to death with gasoline.  They walked free and won’t be charged with her murder.

Human rights advocates in Japan have made some small gains in recent years (e.g. the violent law “requiring” sterilization was ruled unconstitutional), but individual discrimination against LGBTQIA people – especially Transgender people – remains all too common.

Malaysia’s corrupt government continues to turn a blind eye to crimes against LGBTQIA people, both encouraging and pandering to muslim extremists.

In South Korea, christian extremism and “traditional” views (i.e. confucianism) are fueling hate against LGBTQIA people after an outbreak (100 people) of COVID-19 in bars.  So 900 christians spread the disease all over the country and prayer is supposed to excuse it, but a few queer people are somehow worse?

On the downside locally, there is a recent schism amongst women’s groups in Taiwan. A group I am not a part of has made the decision to welcome TERFs, mistakenly and uninformedly (or not?) assuming “all feminists should be included”. Most of the TERFs they are bringing in are white foreigners, and they subscribe to the hate-filled and rightwing ideology of bigots like Meghan Murphy, Posie “Nosy” Parker, Germaine Greer, Cathy “Fake Goth” Brennan and others.

It’s not just that the foreigner TERFs are bigoted towards Transgender and Non-Binary people. Many also subscribe to the “white women first and only” attitude of second wave feminism.  I believe the Taiwanese women running the other group do not yet realize this, nor how it will affect them in the future. 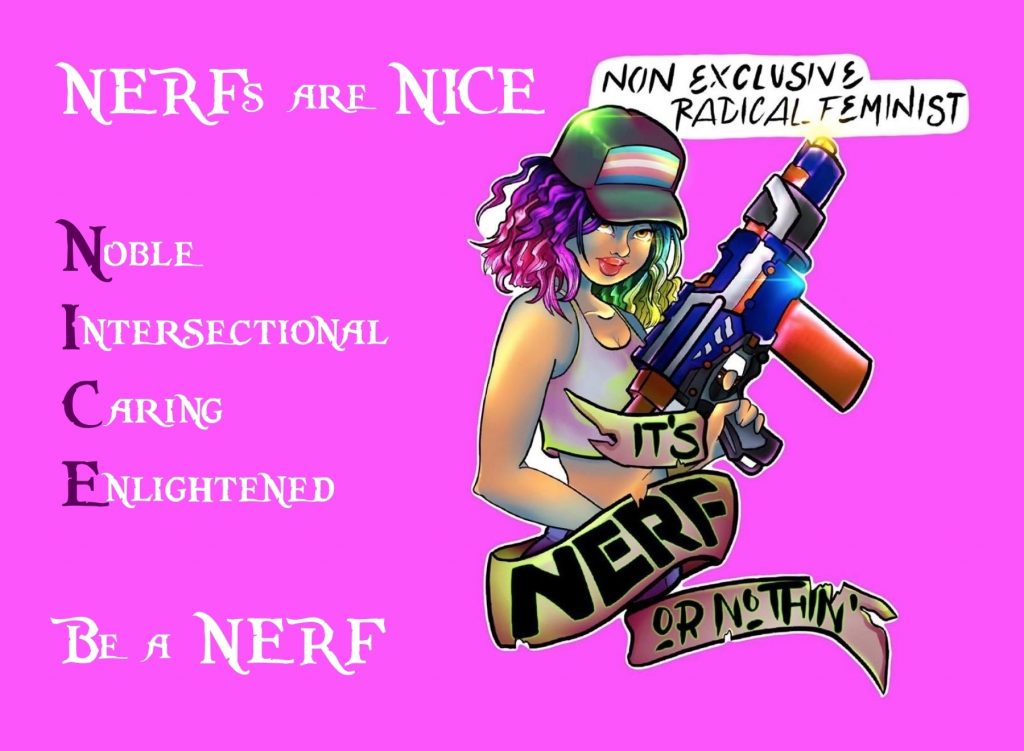