It’s the Youtube Walkout! The 10th through 13th we’re supposed to avoid watching youtube videos. They’ve dropped some fucking egregious new terms of service, promising to delete any channel they deem commercially unviable. Since the videos disproportionately affected by this are producers of LGBT and progressive content, you know what this is really about.

Honestly, it feels like Blizzard’s ability to glide on by wholesale political and societal condemnation by waving around shiny video game trailers – together with their own virtual monopoly on internet video – has them feeling like they can get away with murder. In this case, the murder is anyone that might offend the censorious authoritarian regime that rules the Chinese market.

I’d link to some good videos on the background of this issue, but NOPE. Fuck that. In solidarity with all oppressed peoples and against these fascist ass-tonguing corporate monoliths, DON’T LOOK AT YOUTUBE until the 14th!

One of our resident brain geniuses put together an excellent takedown of TERFery over at Reprobate Spreadsheet. Sensibly, HJ does not have a comment section. But if anyone wants to holla about how awesome the Reprobate is in my comments, I will high five you presently.

You can see a video and transcript of her statement at this link. I hope she manages to evade further instances of this persecution. But if she goes abroad, the US courts can get up to all kinds of horseshit which could lead to her getting even worse treatment if she gets extradited or kidnapped. The whole situation is creepy as hell.

Chelsea Manning is back in jail and I can’t link to an article about it. Why? Tons of them, including the top google results, are including images of her pre-transition. You know damn well they’re doing it to try and make her look like a criminal too. Fuck the media for its transmisogyny, its bias, its willingness to support fascism without any prodding from the state at all.

Here’s a link to the fundraiser for her legal defense.
–

You’ve probably read the article by the two-fisted reportress Siobhan O’Leary about a crusty transphobe with some authority over transgender people’s health care up in Canadia. Important stuff, and I’m unqualified to add to it.

But given revelations that crypto-transphobe slimebag Jesse Singal was having private discussions with other journalists about how trans people shouldn’t be allowed to write articles about trans issues, and given that article prompted a twitstorm of creeps defending creeps in journalism…

One wonders if the cancellation of this article is punishment for Shiv’s involvement in that debate, and advocacy for trans journalists. That’s all we get to do. Wonder.

The title of this post is an extremely tasteless joke, but it fits the foulness of my mood on this subject. In the last few months I’ve become aware that Apple has, through ignorance ineptitude or uncaring, allowed its iTunes gift cards to become a prime currency of the black market, which means most assuredly that people are using those things to pay for child pornography, weapons, drugs, prostitution, and soooo many stolen things. Not to mention the money laundering. So my question for Apple: If you’re allowing this to happen, why not sell the contraband directly through your corporate platform? And fuck y’all evil asses.

For any naive old folks in my readership, never do any business involving iTunes cards on any end. They’re employed in a number of cons these days. Heard about this deal where they try to get you to deposit a check for $3000, spend $2700 of it on iTunes cards which you return to them, and keep the $300. Do not bite.

Random things I’ve seen on tumblr. I’m on hiatus with all my tumblrz, but that’s just from reblogging, and the attendant chore of sorting / tagging content. But these should be shared anyhow. First some tweets which I encountered on tumbl because fuck having to see the comments on twitter:

ryanlcooper: “don’t have a strong take but worth remembering the whole point of fascism is to leverage liberal tolerance to dissolve the liberal state”

ryanlcooper: “fascists will be whining about free speech and being bullied right up to the point they overturn democracy and start the purges” 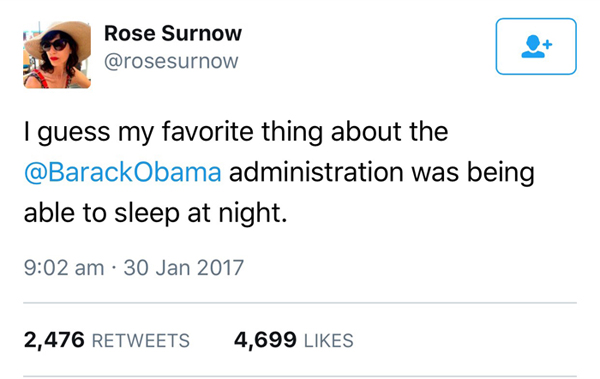 rosesurnow: “I guess my favorite thing about the @BarackObama administration was being able to sleep at night.”

Then “fandomsandfeminism” on tumblr had this to say about why things were fucked even before we had fascism looming this large:

The greatest moral failure of capitalism is that it turned these necessities into commodities.

The greatest moral failure of capitalists is finding ways to justify withholding what we need to live while it is in abundance for the sake of profit.

Nothing to add to that.

Good job Gerry Duggan, whoever you are. Also the kid with the golden arm. As usual, don’t read the comments. A few funny, plus some horrible fuckers asking for knuckle suppers.

As Trump appoints one white supremacist after another to his staff, a brilliant (& only slightly grammatically typo’d) tweet from Xeni Jardin:

Ever wonder what it’d be like to go back in time and help fight nazis? Support Civil Rights Era? Resist Native genocide? Now’s your chance

“Ever wonder what it’d be like to go back in time and help fight nazis? Support Civil Rights Era? Resist Native genocide? Now’s your chance” –Xeni Jardin

The soup is on. It’s nothing but war from now into the foreseeable future. Good luck, warriors.