Oh, ew. Right-wing creeps have been mocking the hashtag campaign #BringBackOurGirls…right because trying to help draw attention to some two or three hundred kidnapped and enslaved schoolgirls is such great comic material.

Ann Coulter is one. 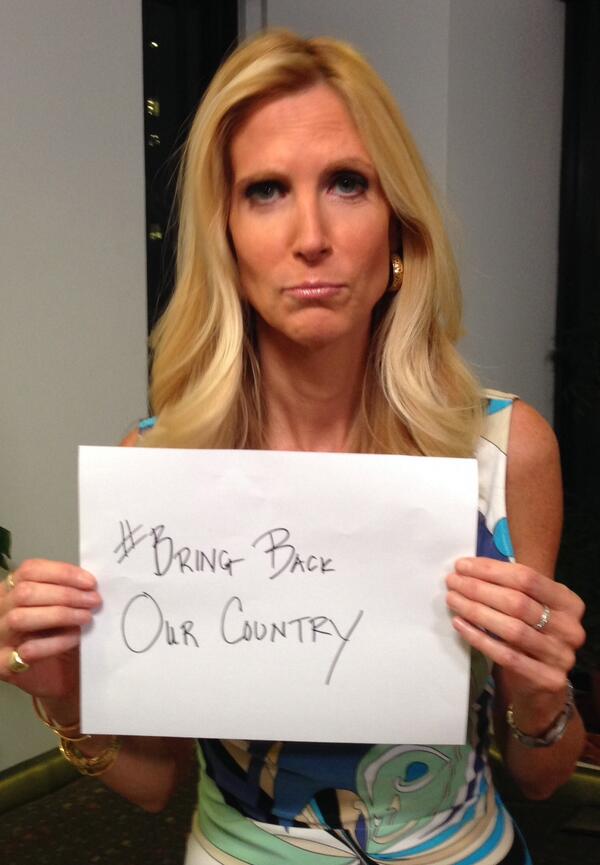 Golly. What a hateful piece of shit.

Limbaugh chimed in » « Correlation or causality – you decide