Remarks by Ensaf Haidar accepting the 2015 Courage award from the Geneva Summit for Human Rights and Democracy:

Any environment repugnant to mankind soon turns into sheer hell.

Saudi Arabia, the country of one million clerics, is the only country that prevents women from driving.

It is the only country that oppresses freedoms in the name of religion.

It rules in the name of Islamic Sharia, which clearly prescribes death to anyone who leaves the religion.

Ladies and gentlemen, my husband Raif Badawi was imprisoned merely for expressing his opinion.

His adopting liberalism was reason enough for the Saudi Inquisition courts to consider him a criminal, worthy of 10 years in prison, and 1,000 barbaric lashes.

The Islamic Inquisition courts, which disappeared when Islamic fascism was eradicated, have now returned during the era of the interfaith dialogue sponsor.

In January, he won the Aikenhead Award from the Scottish Secular Society. I was extremely happy to learn that Raif won your distinguished organization’s award, for your tireless protection of human rights.

I tell you, in all honesty, that I am still astounded to this moment over the prize awarded to my husband Raif.

This prize bears a clear message to the Saudi regime, namely that the continued incarceration of Raif is a shame on it, especially considering its war on terror and against the terror group known as the Islamic State.

I would like to thank each of you individually, and wish I could be with you on this wonderful day. My only consolation is that Dr. Elham Manea, who is loved by both myself and Raif, will receive the prize on behalf of Raif.

Ladies and gentlemen, thank you from the bottom of our heart.

URGENT – RAIF BADAWI MAYBE FACING DEATH PENALITY FOR APOSTASY AGAIN.
This told a official source Raifs Wife Ensaf on Saturday 01-03-2015 and she shared this message right now on Twitter.
What happened:
The Criminal Court in Jeddah where Raif faces his retrial is controlled by Hardliners who still intend to murdered him. END_OF_DOCUMENT_TOKEN_TO_BE_REPLACED

Yesterday the CBC documentary show The Fifth Estate was about a medical doctor who wrote a best-seller about zomg wheat is poison stop eating it right this second and you will live forever.

Millions of people are joining the anti-wheat revolution.

Kellogg’s, the world’s largest cereal maker, has seen its biggest drop in sales since the 1970s. Food companies are selling off their struggling bread divisions. It’s all because best-selling health evangelists say that wheat is causing everything from fat bellies to schizophrenia. But do they have science on their side? Mark Kelley takes a hard look at what’s driving a movement that is dramatically changing the way we eat.

END_OF_DOCUMENT_TOKEN_TO_BE_REPLACED

When I organised World Woman I was keen to emphasise the need for freedom of expression for activists and artists, to identify that those who are most likely to be silenced by the religious right most often share the culture of those who wish to silence them: that this is not a conflict of the enlightened West versus the obscurantist East, but against extremist ideologies that threaten all our shared liberties.

Definitely. We have extremist theocrats in “the West” and there are many loyal free expressionists in “the East.”

[T]here is something very wrong with a world in which being an artist, activist, a feminist, a politician, a lawyer or a trade unionist can be considered a dangerous activity. We need more courageous individuals who will defy the structures of power, whether political, economic or intimate; but we also need it to be safe for people to feel their power and to be able to express their ideas and imagine without fear. Self-expression should not be a challenge that demands extraordinary talent but should be a right accessible to all. END_OF_DOCUMENT_TOKEN_TO_BE_REPLACED

If you’re in or near London or up for a journey you obviously won’t want to miss this panel discussion at LSE next Tuesday.

The Future of Secularism in a Multi-Ethnic UK

Trisha Ahmed, daughter of Avijit Roy, asks us all to share her father’s story. The IHEU has more.

Criticism of a “culture of impunity” and the apparent failure of authorities to act on strong, credible threats by known individuals in the past year alone has been a common feature of the international outcry over the killing, including our own commentary which named one of the hostile individuals Fellow humanist bloggers like Asif Mohiuddin have called for pressure to be piled on the Bangladesh government.

Roy’s daughter, Trisha Ahmed, a student in the United States, has also written about her father in tribute and calling for his story to be shared far and wider. Her words below, originally posted on Facebook, are re-published with permission.

“My dad was a prominent Bengali writer, most famous for his books about science and atheism. He and my mom went to Bangladesh last week to publicize his books at Bangladesh’s national book fair. 15 hours ago, Islamic fundamentalists stabbed my dad to death. My mom was severely wounded from the attack and is still in the hospital. His death is headline news in Bangladesh. END_OF_DOCUMENT_TOKEN_TO_BE_REPLACED

Avijit Roy and his daughter Trisha Ahmed wrote an op-ed for Free Inquiry, October/November 2013: Freethought Under Attack in Bangladesh. (I had a piece in that issue too. I never met him, but it was one degree of separation.)

It’s chilling to read now – all the more chilling, that is. It was chilling then and it’s more so now.

On April 1, 2013, the Bangladeshi government played the fool in a disgraceful affair that we only wish had been an April Fool’s Day prank. On that day, several bloggers were put behind bars in Bangladesh on the sole basis that they were openly atheist. When we say “openly atheist,” we do not mean that the bloggers denounced religion in public squares or emphatically condemned theists to the ugliest patches of ground after death. Instead, the government criminalized these four men for simply voicing their rational, skeptic, and scientific thoughts on blogging forums—sites that exist for free inquiry, self-expression, and, most important, free speech.

END_OF_DOCUMENT_TOKEN_TO_BE_REPLACED

This too is horrible – IS smashes ancient statues in Mosul.

The Islamic State (IS) group has released a video appearing to show the destruction of statues in Iraq.

Statues are smashed using sledgehammers and drills in what seems to be a museum in the city of Mosul.

Statues are also shown being destroyed at an archaeological site known as the Nergal Gate.

It’s the same thing the Spanish colonizers did to Inca and Aztec and Mayan and other artifacts. It’s appalling.

In the video released via IS social media sites, black-clad men push over statues, smash them with sledgehammers and use a pneumatic drill to destroy the rubble.

Ihsan Fethi, an Iraqi professor of architecture based in Amman, Jordan, told Agence France-Presse the destruction was “a terrible loss and an unbelievable act of cultural terrorism”.

Amir al-Jumaili, a professor at the Archaeology College in Mosul, told Associated Press: “I’m totally shocked. It’s a catastrophe. With the destruction of these artefacts, we can no longer be proud of Mosul’s civilisation.”

I have to tell you, it’s painful to watch this – one push and an ancient statue is destroyed.

The Independent has more details on the attack on Avijit Roy and Rafida Ahmed Banna.

Dr Roy, of Bangladeshi origin but a US citizen, and his wife, Rafida Ahmed Banna, were walking home from a book festival at 8.45pm on Thursday when a mob armed with machetes ambushed them. Photographs posted online showed three youths, who had made no attempt to disguise their appearance, attempting to hack Dr Roy’s head from his body. Others showed him lying lifelessly, his face in a pool of blood, while his wife – her face and clothes streaked with blood – appealed for help. Bystanders stared impassively at the writer’s body. END_OF_DOCUMENT_TOKEN_TO_BE_REPLACED

Taslima gives us a look at some of Avijit Roy’s books. 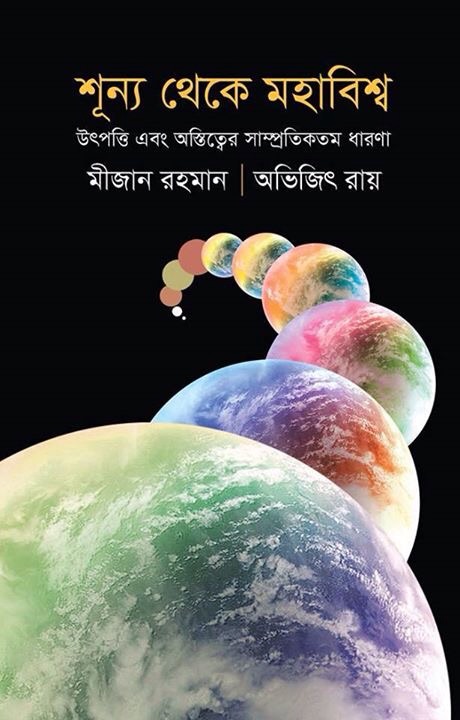