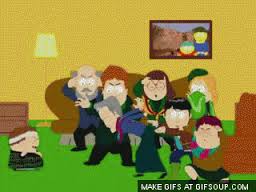 A self purported psychic had “visions” that dozens of dismembered bodies were buried on the property of a Texas couple. Surprise! No bodies there. But that was discovered after the yard and house had been torn to shit thanks to credulous morons in the local police department and the couple’s name dragged through the mud by infotainers in the media. So the couple sued the woosayer: END_OF_DOCUMENT_TOKEN_TO_BE_REPLACED

I just chuckled deleting some spam from a site asking the question Am I Psychic? I can answer that to a near 100% metaphysical certainty: No, You Are Not. Really, one has to wonder if that is spam well spent, even if it only took a few seconds to post I believe that was a few seconds utterly wasted.

FreeThoughtBloggers probably lean progressive as a group but that’s not mandatory or universal, it’s just a practical result of two-party system in the US where one party is compromised by money, a little spineless and at times scatter-brained, and the other one is bug-fuck crazy. What unites our writers and at least 90% of our commenters are refined critical thinking skills and healthy skepticism, often paid for with years of study in a solid field and some degree of natural mental discipline.

I was just reading through some of the comments here and on other FTB sites and they make me damn proud. We’ve only been in operation for a few weeks, starting with a skeleton crew and two guys, Ed Brayton and our tech person, doing the work of ten. Already the comments are of impressive quality and have been since the doors opened; even when you guys and gals are arguing with one another or something I wrote it’s done almost exclusively with evidence and reasonable inference. The idea that a psychic site is going to garner paying customers from the reality-based crew that patrols these cyber waters is every bit as pitiful as the exploitive wares they offer to the incredulous.

If I ever have enough spare cash there might be a vacation in my future. If any regular reader is interested I could see wanting some guest writers. And no, it’s not a requirement to hew to my politics or specific takes on any of the issues I regularly write about. Just one warning: it’s not a gig for the thin skinned. If someone takes the time to read something you wrote they’ve bought a ticket to rip into it.