That’s not a debate. A debate has scoring, just like a ball-game, which determines a winner and loser. But in honor of the Nye vs. canned Ham discussion, Phil put up a really fun post over at Bad Astronomy responding to 22 bullshit gotchya questions sometimes posed by bullshit artists also known as creationists. It’s worth a read, I’ll just go ahead and swipe his questions and provide my own answers below. Let the games begin! END_OF_DOCUMENT_TOKEN_TO_BE_REPLACED

The political divide on evolution has grown over the last few years. Which, given the increasingly hard right turn of the GOP, where thigns like science or expertise are now held in contempt except when they pledge complete fealty to the party line, should not be a surprise: END_OF_DOCUMENT_TOKEN_TO_BE_REPLACED

The demise of Ice-Age megafauna at the end of the last Ice-Age coincides with the geologically recent warming trend that put the finishing touches on the familiar coastlines and climate we enjoy today. But another contributing factor to some large animals going the way of the Do-do is called Overkill. The idea is that anatomically modern humans expanded across the globe rapidly beginning about 50,000 years ago, thanks in part to developing technology so effective that even one or two hunters could reliably bring down any animal no matter how huge and aggressive it was. But there were a few species that made it through the bottleneck, including some of the most spectacular. Like rhinos and elephants.

Sadly, we all know they now face a new threat from their old enemies. But if you think this is just a cause for concern among those of us who care about the environment and innocent creatures in mankind’s crosshairs, think again. Because this time around, they’re not being slaughtered in the name of basic survival with stone age tools, they’re being systematically hunted right over the precipice of extinction by well-armed thugs intent on wreaking havoc on equally innocent men, women, and children all over the planet. END_OF_DOCUMENT_TOKEN_TO_BE_REPLACED

An endogenous retrovirus or ERV is a genetic scar produced by a failed viral infection. Geneticists can tell its of viral origin because it will contain base pairs associated exclusively with viruses. If the ERV happens to insert in a portion of a cell genome that goes onto contribute to an egg or sperm that creates a new person, and if that same stretch of DNA containing the ERV is part if an allele that ultimately gets selected for widely, eventually the entire population will share it. If the population then splits over time, both descendant groups will have it in the same place. If you and a stranger have a unique ERV occupying the exact same segment in both your respective genomes, it is powerful evidence you are closely related.

Humans and chimps share a number of ERVs, which is more than just a smoking gun that we share a relatively recent common ancestor, it’s a video tape of evolution pulling the trigger. So it was with great interest that a new study comparing ERVs in anatomically modern humans to Neandertal DNA as well as poorly understood contemporary referred to as Denisovans has been released: END_OF_DOCUMENT_TOKEN_TO_BE_REPLACED

This just gets better. Pastor Rafael Cruz, who anointed his son Ted Cruz as one of those lucky duckies favored by God-eh to rule over us peons from a luxurious castle, also doesn’t think much of evolutionary biology: END_OF_DOCUMENT_TOKEN_TO_BE_REPLACED 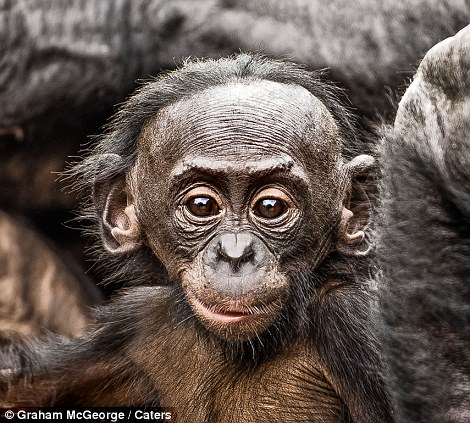 With all the former tobacco shilling one time defense scientists turned global warning deniers, and a few scattered young earth creationist nuts buttressed by our friends looking for cosmic aliens in various physiological mechanisms, AKA Intelligent Design, you’d think the US still sports the most willfully ignorant subset of purportedly educated human beings in the western world. Perhaps we do — there is national pride to consider after all, so perhaps we do. But cast the eye of shame down south, way south, where our friends down under are giving US illiterates a run for our dumb money: END_OF_DOCUMENT_TOKEN_TO_BE_REPLACED 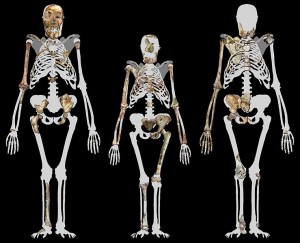 So goes the creationist mantra, perhaps sung to hymnal-like notes on an organ or flute or something both deliciously neolithic and middle eastern. But if there were transitional fossils, and we happened to have an example of a transitional fossil specimen bridging the gap between modern humans and more ape-like ancestors, we’d want something roughly 2 to 3 million years old with features from both clades. Say for example: END_OF_DOCUMENT_TOKEN_TO_BE_REPLACED

This was supposed to be a secret until this coming Wednesday, and it was secret, right up until someone spilled the beans almost a week early:

Buzz is building about a planned 2018 private mission to Mars, which may launch the first humans toward the Red Planet. A nonprofit organization called the Inspiration Mars Foundation — which is led by millionaire Dennis Tito, the world’s first space tourist — will hold a news conference on Feb. 27 to announce the 501-day roundtrip mission, which will aim for a January 2018 launch.

Yes, there are many unresolved questions. But these people are not flakes; they are serious veteran space travel professionals. I think they’re really thinking about doing this. There will be more info soon. END_OF_DOCUMENT_TOKEN_TO_BE_REPLACED

I’m not sure why a magazine dedicated to business would delve into the evolution issue. Nor how exactly this writer was taken in by the frauds at the Discovery Institute. But it reads like a press release straight off of Stephen Meyer’s private printing press, let the fisking begin: END_OF_DOCUMENT_TOKEN_TO_BE_REPLACED