If you haven’t seen the Snowden interview yet, it’s worth watching in its entirety. Or as much as you can find on the it00bz. But this post isn’t about whether Snowden is a hero or a dick. I have no idea, there are signs of both What’s interesting to a lot of us is what he has to say about the digital-network national security apparatus that has come of age in the last decade and now invades almost every aspect of our private and professional lives. The former security industry analyst’s insights are fascinating, he speaks about the nature of state security technology and speculates on how it may be in the early stages of taking a dark turn. His comments in that regard come off, at least to me, as earnest in intent and plausible in execution; history will be the judge, we may have to wait many years for that verdict to be read.

One of the things he could do better next time, if there is a next time, is talk a little bit more about the databases. From what Snowden said and the reporting done on his behalf, it sounds like it’s not just that you’re being recorded whenever you go online by land or by air, END_OF_DOCUMENT_TOKEN_TO_BE_REPLACED

OK technonauts, I have cobbled together a decent desktop PC from donated parts (Thank you all, you know who you are). It’s a decent mid range gaming system and that’s cool. I’ll be downloading World of Warcraft later this week if everything seems to be running OK. I did stick with Windows 7. But the main reason I wanted this machine was to do more complex things, like make and/or edit videos quickly and professionally. Here’s a good specific need: suppose I had a jpg or other image file, let’s say of the NASA GISTEMP weather station record, which looks like this below.

Can I lay that over moving content? Can I stretch and move the window containing the graphic over the moving content? Same would apply to poll results either as text or bars or a chart, over moving video content? If so that would be awesomel. Better yet, I’d like to be able to dabble in some FX … say for example make someone’s nose grow Pinocchio style while they’re talking/lying. Does anyone have suggestions or experience with this stuff? One of the most recommended editing packages is PowerDirect by Cyberlink, plus it’s only $75 and there’s a free trial. Is this an editing product that will let me lay simple line graphics images or text over moving content and do other fun stuff?

I enjoyed a nice week off, during which time the Earth swung one more time past my day of birth. One of the places I visited during hiatus was a Steampunk lounge. The premise is built on the idea that Charles Babbage, or someone else, completed an analytical engine around 1840. It was by some accounts the first full-blown computer with the capacity to carry forward and store answers, i.e., memory. The idea, so the story goes, led to better and more compact designs eventually bordering on near nano-tech like breakthroughs enabling all sorts of interesting robotic and cybernetic devices. Eventually, with the invention of telegraph and telephones, and the lines to carry complex signals, the Info Age dawned in 1890 or so, a full century early. This first-wave sci-fi genre remained fairly obscure throughout the reality of the 1990s. But a lot of the people who read it were also into programming, some went on to develop video games, or contribute to movies and series, so the fashion and art influence grew and evolved in different ways in a second wave.

That alternative history is called Steampunk, a play on Cyberpunk. But it struck me that in some ways, we do live in a steamy-punkish world. True, the technology that is the most ubiquitous is Wi-Fi and iPads and social media. But what still drives it, the underlying industrial infrastructure mostly unseen by today’s cell phone addict, is gears and wheels, powered by burning gas, oil and coal, turning water into steam to produce electricity.

Click image for holiday bleg snail-mail details
Over the long holiday weekend the collective “we” talked about building a PC for moi. Possibly using Linux and probably around this CPU and this MoBo. It’s kinda fun to scrounge around online or at the local junk store for other parts, it fondles my badly atrophied consumer conditioned reflex. But, if anyone happens to have a suitable case or power supply laying around that will work, let me know, maybe it’s cheaper to pay you for shipping than to get one. What do you get out of it? Why the sublime satisfaction that many pissed-off, progressive, science-y atheist rants reaching thousands and thousands of people here and elsewhere will be written on that very device.

I also found an old-ish chip card, 256MB DDR 400 MHZ Promos stick, like this, for a buck at a local parts bin. Will it have any use? I have to ask because you meddling kids with your RAM chips and your eight track tape players confuse and frighten me … 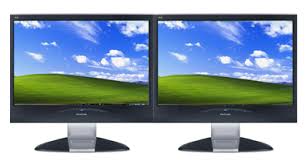 On the PC thread below this one, boy, did I get a great response in comments and via email! I’m leaning toward going with this CPU and this MoBo that I linked last night, and scavenging the rest as I can. It would be good for me to catch up on technology, plus I have some nephews now that are old enough that they need to learn how to put a basic box together lest the tech world forever intimidate them.

I’m open on the OS, END_OF_DOCUMENT_TOKEN_TO_BE_REPLACED

When it comes to relationships, many feel if it wasn’t for bad luck they’d have no luck at all. Gloom, despair, and agony on end. But Cranach at Patheos directs us to better odds: END_OF_DOCUMENT_TOKEN_TO_BE_REPLACED

Rumors flying, nothing official, but …

No one’s sure where Google Fiber will arrive next, but the Internet is abuzz about a press conference on Tuesday, April 9 during which Google may announce that the service is headed to Austin, Texas

Why is this so cool? Mainly, because I live in Austin. And G-fiber is roughly 100 times faster than high-speed broadband, which is the maddening, clunky network that I battle with every day, and sometimes lose to, trying to post here. Better video explanation below the fold. END_OF_DOCUMENT_TOKEN_TO_BE_REPLACED

Naturally Bill Gates thinks it’s greeat! I and thousands like me on the other hand am condemned to suffer through the weeks of ensuing bugs and glitches and associated unoredictable total clusterfucks it will have while we’re paid peanuts: END_OF_DOCUMENT_TOKEN_TO_BE_REPLACED

I would have loved to post a quote and link from Joe Walsh claiming his female injured war veteran opponent insulted women, but I can’t. Because out of the blue my mouse suddenly stopped copying and pasting. The PC has been rebooted, the mouse has been replaced, it does everything else except copy and paste. It’s just one of an endless series of tech issues I face everyday that have exploded over the last few years, while resources and expertise to address them have dwindled. So on this deal today, no one here at work, a software development company mind you, seems capable of fixing it or in all honesty, even giving a shit. I guess I’ll just have to work without a major necessary tool functioning all day ::Shrug:: END_OF_DOCUMENT_TOKEN_TO_BE_REPLACED