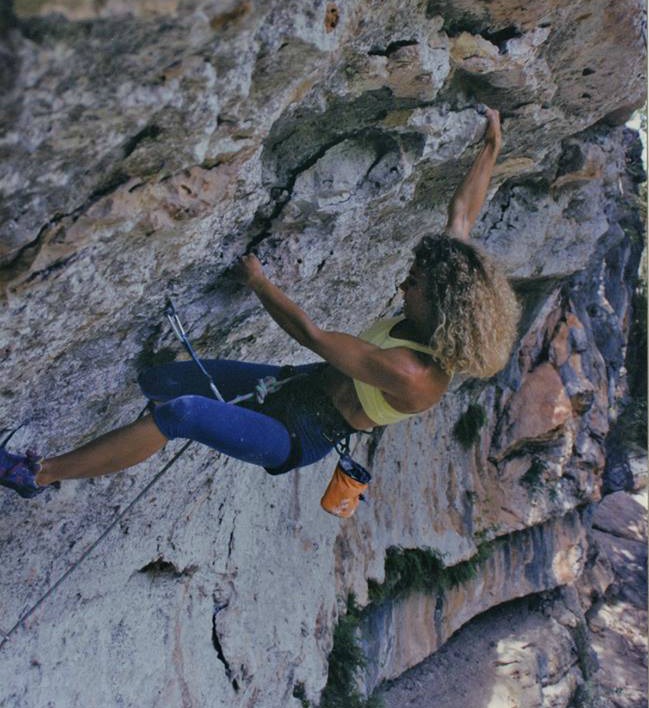 The image is a good friend of mine cranking some Austin limestone a few years ago (Forget it guys, she’s happily married). It’s good to remember, as the year draws to a close, what a person can do and the kind of things I used to do, casually, without thinking much about it. Climbing, skydiving, partying hard afterward, or less eye-catching but equally risky activity, you name it, it all seemed a matter of course. Spare me the jokes about jumping out of perfectly good planes — jump planes are a far cry from perfectly good!

But it was exactly one year ago when I felt a new, weird sensation in my upper gut, for a few moments it was almost like I got my wind knocked out. A lingering burning feeling just below the sternum persisted, it was initially diagnosed as an ulcer, then a torn diaphragm. It wasn’t.

I didn’t think it might be more serious, right after it happened I jumped on a treadmill, ran three miles, and followed up with a pretty sick arm and shoulders workout. But after a couple of weeks and a spate of specialist it was correctly diagnosed: myocardial infarction, aka heart attack. Thus began the shittiest year of my life, which capped the shittiest period. Not only did the MI sideline me for weeks, not long after I recovered a complication developed.

After that hurdle was cleared, it turned out I had a usually relatively mild underlying blood chemistry disorder. Except in my case, probably after having it for years, it had almost certainly caused the heart attack and complications, and then masqueraded as leukemia for a while. I had to deal with all this while working the worst paying job I’ve had since college. This year has been brutal.

I guess as one ages, any year we survive is a good one and the short version is I lived. Plus I got in decent shape for a fifty year-old, the best shape I’ve been in since I moved to Florida over a decade ago and quasi-moved back. Having spent the first forty-years of my life buff and fearless, it’s nice to be back to buff. But I’m no longer fearless. There’s no doubt, the universe is trying its best to kill me, sooner or later it will succeed. This year it got closer than any lead fall or reserve ride has ever managed to do. I’m not sure if that makes this a year to remember a year to forget. But fuck it, I’m not sad to see it go!