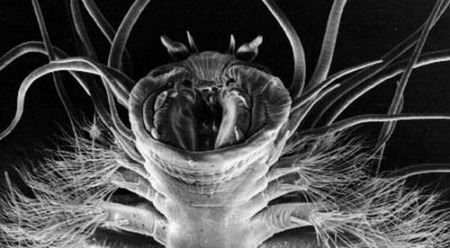 Most Americans are emerging bleary-eyed from a tryptophan induced coma today and grudgingly marching back to work after a glorious extended weekend. In this twittering multimedia digital world many stories compete for a slot on our rested minds. The scary looming fiscal cliff and backroom dealings in DC that might fail to ease us down its gentle slope, the political back-and-forth back stabbing continues unabated as Republicans wrestle with ballot box defeat and Democrats continue to come out of the decades long reflexive crouch. It would be easy to miss what could turn out to be the most important story of the season. Right now its mere speculation over tantalizing hints, past and present, centered not on the third rock from the sun, but a more enigmatic planet, the fourth world out. NASA’s Mars Curiosity rover may have found something interesting in the arid frozen soil of the Red Planet. Right now the smart money is on a substance called methane.

Methane is CH4, it is a flammable gas, a viscous liquid, or a solid rock depending on temperature. It’s everywhere, a common compound in the universe and in our solar system. The tell-tale spectral signature of methane has been found in distant nebulae and on nearby moons and comets. Titan, the largest moon of Saturn, is swaddled in the stuff. Clouds of methane and related compounds are so thick on Titan that they concealed the surface from us until a plucky lander called Huygens finally floated through the thick atmosphere and landed in 2004. As expected Huygens revealed the frozen orange-yellow tableau characteristics of methane slush in large quantities shown right.

The methane floating through the cosmos in thin sheets and filaments, along with the lodes on large satellites and comets in our solar system, are firmly believed to be non biological in origin. But on earth it’s a different story entirely. Because our planet is so active and because methane is so reactive, it’s quickly broken down, often by various oxidation reactions into water and carbon dioxide. But it’s also quickly replaced, in large part by living organisms. Some microbes are so methane-centric* they’re collectively referred to as methanogens. They’re everywhere, in marshlands and deep under the sea, even in your gut! Some of these extant methanogens are not too different and are likely direct descendents of some of the very same little critters that lived and bred and died on earth for billions of years before we big metazoans arrived. Geochemical evidence suggests that methane gas may have once been so thick in our own primeval atmosphere that it painted our air and oceans with traces of pastal yellows and oranges.

We know now that billions of years ago Mars was warmer and way wetter than it is today. If methanogens arose on earth, there’s no physical reason why the same organisms couldn’t have thrived in ancient Martian ponds and lakes. But how wet and warm was Mars? How long did that youthful blush last? Did Martian life gain a brief foothold only to be cruelly snuffed out? Or, if so, did some hardy organisms survive the eons, perhaps below the surface where the last remnants of precious water remain? Those are some of the questions Curiosity was designed to answer.

The great drying: Mars as it may have appeared billions of years ago on the left and Mars as it appears today far right

We also know earth and Mars have been exchanging material for eons; a large object strikes one world, ejecta is blown miles into the air, in some cases dust or chunks of one planet is blown clear into interplanetary space where they might drift forever. But occasionally some of that same stuff gets near enough a large object like a planet to streak in like any other meteor. We’ve found pieces of the moon, Venus, and Mars here on earth. There’s no reason to think this is a one way phenomenon. Microbes ae hardy, a single particulate too small to see without a magnifying glass could host millions of them, and tiny grains of dust don’t burn in, they have so much surface area to volume that they never really heat up, they just settle into the atmosphere and gently fall to the surface. Microbes could easily hitch a ride, who’s to say where methanogens originally evolved? Our distant one-celled ancestors could have arisen first on Mars for all we know.

Today entire communities of extremophiles still thrive in terrestrial pockets of methane. Hot smokers and cold seeps supporting rich communities of invertebrates and fish, even specialized “meth worms” chewing through meth ice gracing the top of this post, are well documented examples of life’s tenacity and diversity. It’s also damn useful for us: methane is the primary alkane in natural gas, the same stuff that heats our homes and roasted millions of turkey’s last week. Plus, if you used any plastic on the Thanksgiving table, you probably depended on natural gas used in the production cycle as both energy and source material.

Methane is soluble in water, where there is liquid water astrobiologists speculate alien microbes might not be far away. So when minute traces of methane were detected in the wispy thin Martian atmosphere a few years ago, scientists were excited. When the rovers Spirit and Opportunity found signs of ancient flowing water on the surface and then Phoenix founds big blocks of ice just under the sand, the excitement built even more. The thing that really made hairs stand on end was the CH4 traces seemed correlated with Martian seasons, the gas appeared in summer. But since then confirming methane has been elusive. So it’s not surprising that some of the instruments aboard Curiosity are specially designed to sniff out and analyze any whiff of both methane and water. Which brings us to last week.

A flurry of excitement and speculation about something found by one of those instruments kicked off, sadly it was right before Thanksgiving, media and NASA heads were out, so it’s hard to say if the excitement conveyed by some researchers will be as exciting to the laypublic. To make matters worse NASA vaguely backpeddled and then clammed up completely. There is an announcement now scheduled for Dec 3.

The ginormous question is what have they found? The smart money is on methane because the instruments involved include devices calibrated for detecting it. If so, there is a good chance it’s a false positive — it wouldn’t be the first time and that explains NASA’s caution. There’s a chance it is methane but it could be completely non biogenic in nature. It could be something completely unrelated to methane, signs of recent liquid water for example … or it could be an utter PR failure and there could be nothing of significance at all.

Or we can dream it could be important enough that it will outlive all of today’s major headlines of fiscal cliffs and terrorist strikes, methane combined with signs of biological molecules for example, which would all but confirm recent micorbial life on Mars just under the surface, right where some courageous scientists have speculated it was all along. Make no mistake, a few molecules like that would be the beginning of an age of extraterrestrial discovery the likes of which will be taught to legions of children for hundreds of years to come. Something you will always remember, the early 21st century, the time when humans from the planet earth first learned we are not alone in the universe.

Bottom line, until NASA releases whatever findings they have we’ll just have to wait. But no matter what happens, then, to quote Clarke,I don’t think we’ll have to wait long.