I’m asking for myself. I’m a bit dizzy and out of breath for all the laughing at the death of a human being, and I feel a little ashamed of that. Phil Valentine, a conservative talk radio host, has died of COVID-19. His brother has spoken up about his illness.

Valentine’s brother, Mark Valentine, also spoke on the radio after his brother’s condition began to deteriorate, saying that Valentine was, “regretful that he wasn’t a more vocal advocate of the vaccination,” according to AP. “For those listening, I know if he were able to tell you this, he would tell you, ‘Go get vaccinated. Quit worrying about the politics. Quit worrying about all the conspiracy theories.'”

Wait a minute…”regretful that he wasn’t a more vocal advocate of the vaccination”? He wasn’t an advocate at all! He used his platform to spread misinformation and actively argued that people shouldn’t be vaccinated.

Prior to his diagnosis, Valentine voiced skepticism about the coronavirus vaccines.

In December of 2020 he tweeted “I have a very low risk of A) Getting COVID and B) dying of it if I do. Why would I risk getting a heart attack or paralysis by getting the vaccine?”

He also recorded a parody song titled “Vaxman,” which mocked the vaccine, according to WTVF.

Prior to his hospitalization, Valentine said on the radio that he was “taking vitamin D like crazy” and that a doctor agreed to prescribe him an anti-parasite drug called ivermectin, according to the Associated Press. The U.S. Food and Drug Administration has said not to take the medication to treat or prevent COVID-19.

Oh well, there’s the problem. He was a conservative radio talk show host and he was taking a drug that kills worms, botfly larvae, and other parasites. He poisoned himself! 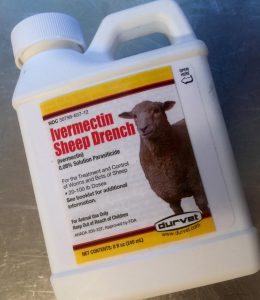 When this pandemic is over, if it ends, I predict that all these rabid anti-vaxxers and anti-maskers, the ones who survive anyway, are going to come out and piously belittle their own actions, claiming that they just regret being a weak advocate of all the things they right now strongly oppose.

But seriously, don’t drink horse de-wormer or sheep drench. People who resisted getting the vaccine because their body is a temple and they were not going to taint it with untested, unholy Science are instead rushing out to ingest toxic agricultural chemicals.

I wonder if H. Scott Apley now regrets that he wasn’t a more vocal advocate of vaccination. He’s the Texas Republican who was quite vociferously against anything to do with stopping the pandemic.

Apley is a staunch conservative and devout Christian. But based on his social media activity, Apley didn’t believe COVID was going to affect him or his family.

In May, Apley posted an invitation for a “mask burning” being held at a bar in Cincinnati, commenting, “I wish I lived in the area!” A couple of weeks earlier, he posted a news article about giveaways and incentives meant to encourage people to get vaccinated, writing, “Disgusting.” Apley also railed against so-called vaccine passports, which restrict high-risk activities, such as indoor dining, to the fully vaccinated.

Recently, he suggested that mask mandates in Germany were akin to Nazism. And when former Baltimore health commissioner Leana Wen celebrated good news this spring about the Pfizer vaccine’s efficacy, a seemingly outraged Apley called her “an absolute enemy of a free people.”

Ooops, he regrets nothing, because he is dead now of COVID-19.