Can someone explain this to me, because I don’t get it. 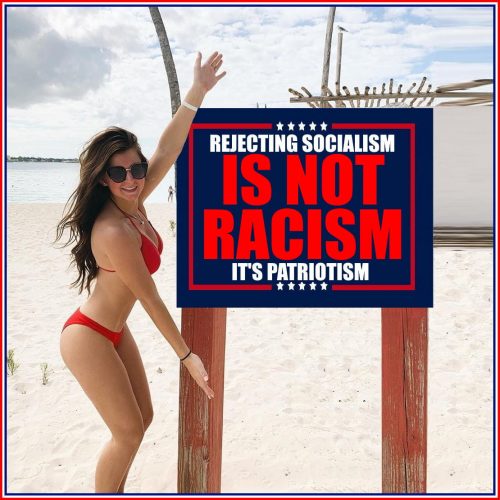 It’s from a right-wing Christian site, which explains how they don’t understand the words patriotism, socialism, and racism, but why is there a woman in a bikini pointing out the big stupid sign? And do they really think their critics confuse racism and patriotism?

Fly Time was a bust » « We’re on fly time now, boys and girls