Before I left for the Twin Cities this weekend, I’d fed the spider colony fat juicy waxworms, and they fell upon them furiously. Today I checked on them, and boy were there a lot of bloated, indolent spiders lounging about in their webs, reluctant to even move. One surprise…I took a peek at Yara, who I’ve photographed before, and the change was striking, not just in her size, but in her pigment patterns. 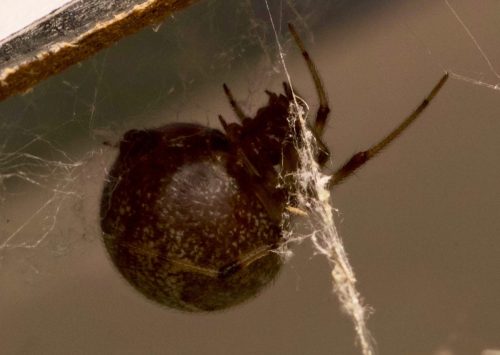 Look how dark she is! This isn’t just the lighting, either — I tinkered a fair bit to get good illumination. Compare it to the previous photo, where she’s much lighter in color, and I would have said she was one of the more lightly pigmented members of the colony. Now I’m wondering how rapidly they can change color and what prompts it, especially since I’ve been following pigment development in the babies.

I was also looking at cobwebs today. There might be some potential for student projects here. 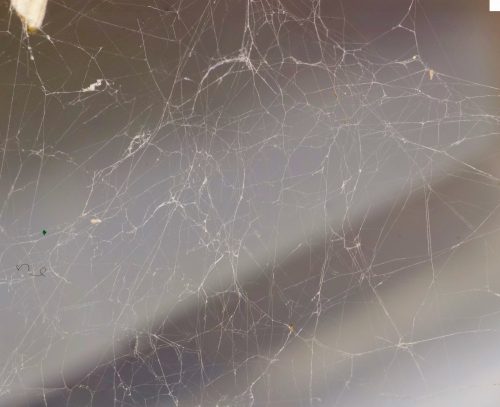 A weekend of strangeness in the moviehouse » « Dressed all in black, draping the branches of trees with the entrails of beasts