I didn’t listen to the Sam Harris/Ezra Klein conversation, I couldn’t possibly bear it. I read the transcript, and that was more than enough. Harris’s main theme: ‘everyone is picking on me.’ Klein keeps pointing out that he’s promoting bad ideas, that he isn’t engaging with people’s actual concerns, and that his brand is all about defending his identity, white identity, while denying that he engages in identity politics…because his line of attack is a blanket condemnation of all identity politics while labeling everyone else as engaging in it. It’s infuriating.

Here’s a revealing sample from near the end.

Ezra Klein
We all have a lot of different identities we’re part of all times. I do, too. I have all kinds of identities that you can call forward. All of them can bias me simultaneous, and the questions, of course, are which dominate and how am I able to counterbalance them through my process of information gathering and adjudication of that information. I think that your core identity in this is as someone who feels you get treated unfairly by politically correct mobs and —

Sam Harris
That is not identity politics. That is my experience as a public intellectual trying to talk about ideas.

There is also the part where Harris declares that he has black friends, therefore you can’t accuse him of casual racism. The part where he reveals that he knows nothing about Charles Murray’s work outside of The Bell Curve and can’t comprehend how anyone can think he has racist motivations. But mainly, Harris is all about how others have dared to criticize Sam Harris.

I think it’s damning enough that Harris thinks so highly of himself that he would walk unarmed into a duel with Ezra Klein, and get fairly and politely slaughtered on all points.

Of course, Harris probably emerged thinking that Klein never even touched him. 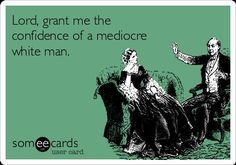 Just a thought…I just now posted about how there are rational Christians and foolish ones, and how, if you must be a Christian, you should do yourself the favor of being the kind who cares about the evidence. You know, a non-atheist could look at our side and say something similar: do yourself the favor of not simply blindly following the self-appointed leaders of your tribe, and think about more than just their ideas on one issue. Harris is right that there is no god, but there’s a whole lot of other shit that he’s flamingly, painfully wrong about.

The bombshell will detonate soon » « Creationists once again flustered by evidence