One of those forensic research facilities in Texas — the kind where you leave human bodies out to rot to figure out the progression of decay — has discovered deer nibbling on the corpses. Every November I’ve got students skipping class for the hunting season, and now I’m going to just have to excuse them, and encourage them to get out there and slaughter the man-eating monsters…before they get us. 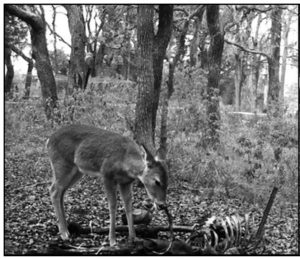 Man-eating deer. Or is it deer eating man?

Mary’s Monday Metazoan: the aliens are everywhere! » « On second thought, maybe some humans are alien enough