I got up all bleary-eyed this morning, and before I got my first sip of coffee, the first thing I saw, blasted across Twitter and all the popular news sites, was the news that a new species of human, Homo naledi has been discovered in South Africa. They have the partial skeletons of 15 different individuals, over 1500 bones, all recovered from a single cave. They’re calling it a new and unique species, and further, they’re claiming that the site is a ritual burial chamber.

Whoa. Brain is whirling. This thing is all over the net, over night. Better drink more coffee.

I’m a little put off by the abrupt and sensationalist appearance in pop news sites, but here’s the science paper. It’s published in eLife, an interesting journal I’ve written about before. It’s peer-reviewed, the lead authors have a respectable reputation, and it looks legit. It’s a real discovery: a cache of bones in a very difficult-to-reach, sheltered site. One of the fascinating bits of the story is that the cave is so inaccessible, reached through such narrow crevices, that all the bones were recovered by a team of women who were small enough to fit. 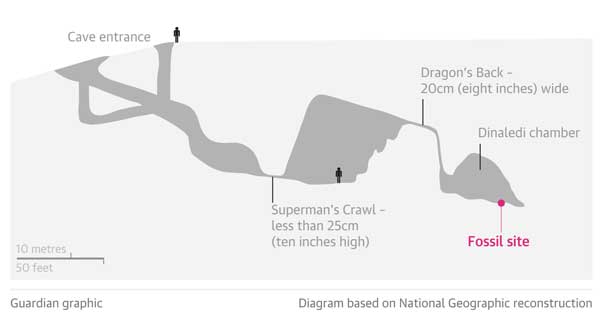 No matter what, this is an impressive and exciting discovery. A whole small population of individuals, all found in one place? There are years of analysis waiting to be done. Here’s the holotype and the large collection of bones used in the first publication. Homo naledi is a small-brained, bipedal hominin, that’s for sure. 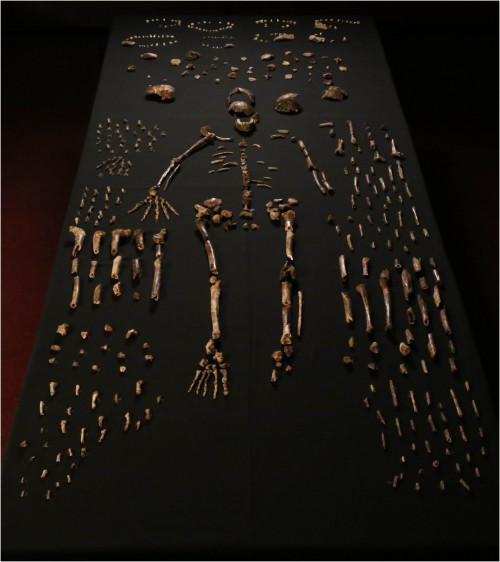 Now for my reservations.

Most of the coverage right now seems gushing and uncritical, but I recommend the article in the Guardian, which has a good balance of enthusiasm and skepticism. I think it’s a great day for the science of human evolution, but the full details are going to take much longer and much more work to emerge. I’m looking forward to further reports. The world had better fund more anthropology/paleontology research so I don’t have to be kept waiting!

Is this part of our War on Christmas? » « MRA “Science” madness!