I took an awful grainy cell phone picture yesterday, one where it’s hard to see the subjects for the sun glare. But really, this is amazing: 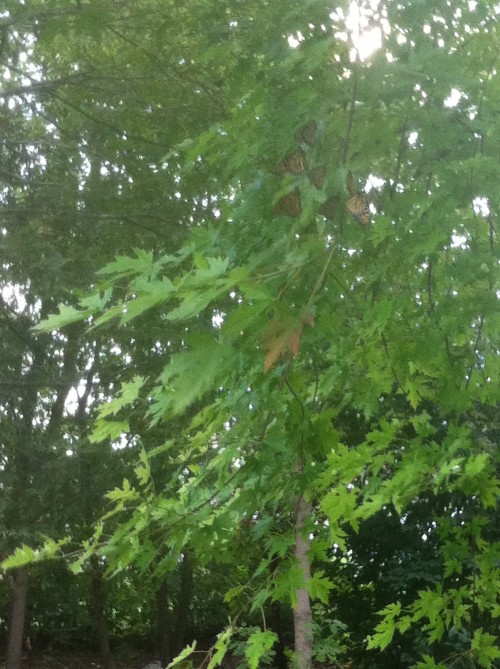 Fifteen years ago when I started out at UMM, our intro biology course had an exercise where students were given butterfly nets and sent out to capture, tag, and release monarch butterflies. It was relatively easy: you’d find a tree with a swarm — and I do mean swarm, they’d be covered with butterflies dripping from every branch, and there’d be clouds of them flying about — and you’d swish that net and catch dozens. Then every year after that, we saw fewer and fewer, until it was an exercise that was frustratingly impossible to do. Most years of late I’d see only an occasional solo monarch, and some years I’d see none.

But yesterday, I was seeing scattered monarchs everywhere, and then I found this tree across the street with masses of butterflies hanging from a few branches. It was nothing like the glory days, but still…maybe they’re making a comeback?