Thanks to SteveoR for showing this to me!

The video shows a graph of the rise of atmospheric CO2 levels over the second half of the 20th century, into the 21st. Then it starts to “zoom out”, showing falling levels, back into the last ice age, rising before it, falling again for another ice age, and so on back to eight hundred thousand years BCE. As longer periods of time become visible on the graph, the timeline compresses, showing the last 50 years or so for the very short time that they represent. Well before the end of the video, it is clear that CO2 levels are far, far higher now than they have been at any point in the last 800,000 years, and beyond.

In my last non-music post I talked about the world of possibilities opened up by renewable energy, and the fact that we could fairly easily generate more power than we currently need, and use that for other projects to make the world a better place. This is a theme I’ll be returning to fairly often in the foreseeable future, and in this post, I want to set aside possibilities, and look at what’s actually happening in some places around the world today, because some places are already taking the serious steps toward that better world.

END_OF_DOCUMENT_TOKEN_TO_BE_REPLACED

I know this has been out for a while, but I just discovered it, and wanted to share in case other people hadn’t seen it!

Usually when people talk about converting to renewable energy, the conversation covers what it would actually take to replace fossil fuels. It’s a good conversation to have, and a lot of good work has gone into working out how much surface area would need to be devoted to wind and solar, what other sources of power could be used, how much it would cost in the short term, and how much it would save in the long term. The end result of all this is that converting the United States – one of the highest per-capita energy consumers in the world – to renewable energy is entirely doable. The only thing lacking is political will.

That said, why stop at what’s needed?

END_OF_DOCUMENT_TOKEN_TO_BE_REPLACED

Samantha Page over at Thinkprogress has a piece on Merric Garland’s record on the environment and on listening to scientists. There’s nothing dramatically good or bad about him there, but one thing that is a nice change of pace:

In a 2012 case Garland again sided with an agency, that time the DEA. Although medical marijuana advocates decried the final decision, during the argument, Garland said something that might cheer environmentalists.
“Don’t we have to defer to their judgment?” Garland asked about the agency. “We’re not scientists. They are.”
After years of ridiculing the conservative talking point that it’s reasonable to reject the scientific consensus around climate change because “I am not a scientist,” it’s refreshing to hear someone say, I am not a scientist, and therefore we have to listen to scientists.

Yep. When I have time, I’ll see if I can dig up more on him, and if anybody has something relevant, feel free to share it in the comments. Some folks think this guy was nominated because the Republicans’ inevitable obstruction will look worse when they block a center-right nominee, but there has also been plenty of talk indicating that the Republicans might cave on that, in which case this is who we’re likely to get. Time will tell. 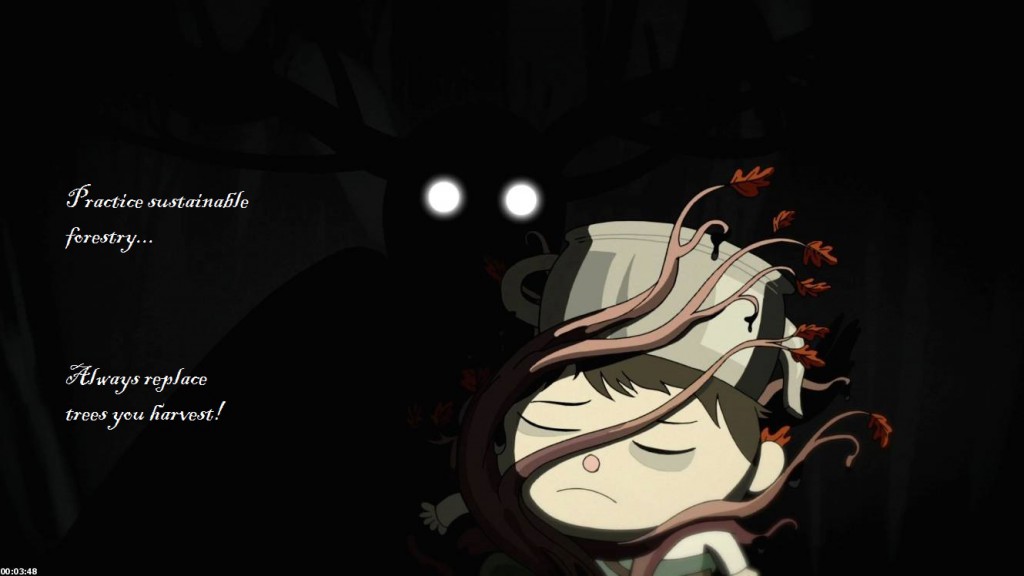 Unsurprisingly, the sundry would-be Republican candidates for president have been less than inspiring this election season. One might think that with two candidates from Florida – a state that’s already starting to struggle with sea level rise – we might see at least hint of sanity from the national figures of Grand Old Party. One would be very wrong to think that, and if one really did, I would hazard a guess that one has not been paying attention.

Um, yeah. Climate denial is no surprise here. Peter Sinclair has more on the situation in Florida from rawstory and from his own video over at climatecrocks.com, but I wanted to talk about something slightly different.

Take a look at this video of Marco Rubio fielding a question sent in by the mayor of Miami (a Republican). Listen to the talking points:

Right-click and inspect element for transcript, or click here for full debate transcript

Some time ago, someone pulled together five stages of climate denial, which are unpacked well in this Guardian article by Dana Nuccitelli:

It’s pretty normal to get some combination of stages one through four in any given remark by a climate denier, and as Nuccitelli’s article shows, we’ve gotten pretty good at rebutting those arguments. Rubio mostly focused on Stages 2 and 4 in the video, with a nod to Stage 1. What I want to focus on in this post is “Stage 5”, because it’s an argument that makes a direct attempt to create despair. Let’s look at her discussion of Stage 5:

END_OF_DOCUMENT_TOKEN_TO_BE_REPLACED

I have to fix this!

This blog was born of frustration in 2010.

At the time, I had been following climate science and climate change politics for a few years, and it was astonishing to me that so many people in the public debate seemed to think that a little sea level rise was the worst-case scenario. Sure, Gore’s “An Inconvenient Truth” had discussed what would happen if all of Greenland melted, but that has never been a genuine expectation for the 21st century, and the conversation six years ago was all about stopping or even reversing global warming by 2050. In other words, no danger of Greenland melting that much. Hell, at that point people were being called alarmist for talking about two feet of sea level rise. In some circles they still are.

So I wanted to provide some perspective. I wanted to show how alarming the future could be, if things really got bad.

The most obvious worst-case scenario is represented by the planet Venus, but I wasn’t sure if it was even possible to boost the greenhouse effect enough to broil Earth like that. The scenario I started with was one that has been proposed as a possible cause of the Permian-Triassic extinction, also known as The Great Dying. You can go look at my first blog post to learn more, but here’s a brief summary:

There are a number of factors at work that can create dead zones in anybody of water, meaning there’s not enough dissolved oxygen to support most life. Under those anoxic conditions, anaerobic bacteria can thrive, emitting hydrogen sulfide instead of carbon dioxide. This, in turn, makes the water poisonous to most organisms, and can spread the dead zone. It is theoretically possible for most or all of the planet’s oceans to end up like this, and if that did happen, that hydrogen sulfide could eventually leak out onto the land masses. This scenario would create a massive die-off in the oceans, followed by a less massive (but still huge) die-off on land. This is the pattern found in the fossil record from The Great Dying.

So that was the kick-off to my blog, and the inspiration for the title (Ocean+anoxia=Oceanoxia). After that post, I went on to describe, or partially describe other kinds of worst-case scenarios. I didn’t cover all of them, but I touched on a few.

Over the years since, I’ve been involved in communicating climate science in a few different ways. One, as indicated by the XKCD panel above, was in internet comments sections. Much of it was probably fruitless, but there were a few conversations that made me feel that I was helping to change minds.

I also helped form a “climate working group” with some of my friends in the New England Quaker community, in which I had been raised, and of which I was still a part at the time. We went around to various Quaker meetings in New England, gave presentations, and held discussions about climate change and actions that could be taken. In working on those presentations, I moved from a focus on the worst-case scenarios to a more balanced approach, touching briefly on how bad things could get, and then moving on to look into how good we could make things, if we really tried.

This last approach has stuck, to a degree. It’s hard to know whether we’ll get there, but from what I’ve seen of existing and emerging technology, we have the capacity to build a society that has control over its impacts on the planet, and has a higher standard of living for both humanity and the rest of life on Earth. That’s the goal, and if we don’t really try for it, I think there is a real possibility of human extinction. Big carrot, big stick.

For the past few years I’ve also been working as a science curriculum developer for a non-profit company that has me designing ways to help teachers cover the science of climate change. The teams I’m on have focused both on the biological impacts of climate change – what’s happening right now in the natural world – and on the array of potential solutions and adaptations that are available to us.

One of the most common complaints I hear from climate deniers is that no matter what happens, there seems to be a way to blame it on climate change. It’s an understandable complaint, but it seems to come from a failure to grasp the scale of what’s happening to our planet. Climate affects everything about life on earth. Not just ecosystems and their inhabitants, but also human culture. Our clothing, our architecture, our annual celebrations, our political upheavals, and even our languages – all of that is influenced, to some degree, by the climate. So when that climate changes, that means that everything else changes with it in one way or another.

This is a blog about climate change, which means it’s hard to say what any given post will be about. I’m excited to settle in to my new home on Freethoughtblogs, and I’m looking forward to the boost in motivation I get from any change in scenery. Welcome to Oceanoxia 2.0, and stay tuned!