I periodically talk about “building a better world”, and I wanted to go into what I mean by that, just a bit. It’s a hard concept to define, because the world is such a complex place, and ideally a person’s understanding of how it works should always be changing as they take in new information. In any given piece of writing, I’m aiming at the best world I can think of, based on my current level of understanding.

I’m aiming for “utopia” not because I think a perfect world is possible – I think the very concept is more or less meaningless – but because I think that as a species we’re capable of learning, and improving things over time, and we should always be working in that direction. In most situations, most people seem to agree. We develop more efficient and effective technology, better medicines, new ways to treat mental health, new ways to communicate, and so on. We take what we have, and what we know about the present and the past, and use it to try to build something better for the future, in one way or another.

When it comes to how society is ordered, there seems to be a persistent resistance to change, not just by those who benefit the most from the status quo, but also by everyday folks, who seem to believe that the current system, whatever it happens to be, is the best we’re likely to get. When things are bad enough, either for the population on average, or for particular groups, we see people pushing for change, either to “go back” to some version of the past they think was better, or to “go forward” to something better than past or present.

Some of the resistance to change is simply the size of the stakes. Tinkering with a piece of equipment, or the practices of one organization is pretty small, and if it fails, there’s a limit to how much harm it can do. At the societal level, there is at least the hypothetical potential for real catastrophe, and so changes driven by popular demand often won’t happen until it seems like catastrophe is going to happen without change. In addition, however, I think one part of the problem when it comes to working toward societal improvement is with scope of imagination. It’s easy to look at a particular tool, machine, or technique, and spot ways in which it might be better. It’s hard to to see ways in which the overall form and function of our entire society could be better, and it’s easy to look around and see ways in which it could be worse.

So while part of what I want to do is to process news and science, and help shine a spotlight on some of the things I think need more attention; another part is trying to take what is, and use it to imagine what could be. Some of that gets channeled into science fiction writing, and some of it I do on this blog by working through the kinds of effects one change or another could have, what role they could play in the massive effort of reshaping how our society operates on both a local and a global scale.

In my recent post about research into the potential of urban gardening for food production, I touched briefly on the secondary positive effects of increasing the amount of “green” space in cities. I’d like to go into that a little bit more, because I think that there are a number of ways in which the world would be improved by increasing the the amount of plant life we cultivate in engineered environments like cities, and by viewing cities as part of the ecosystems that surround them, rather than as somehow separate from them. 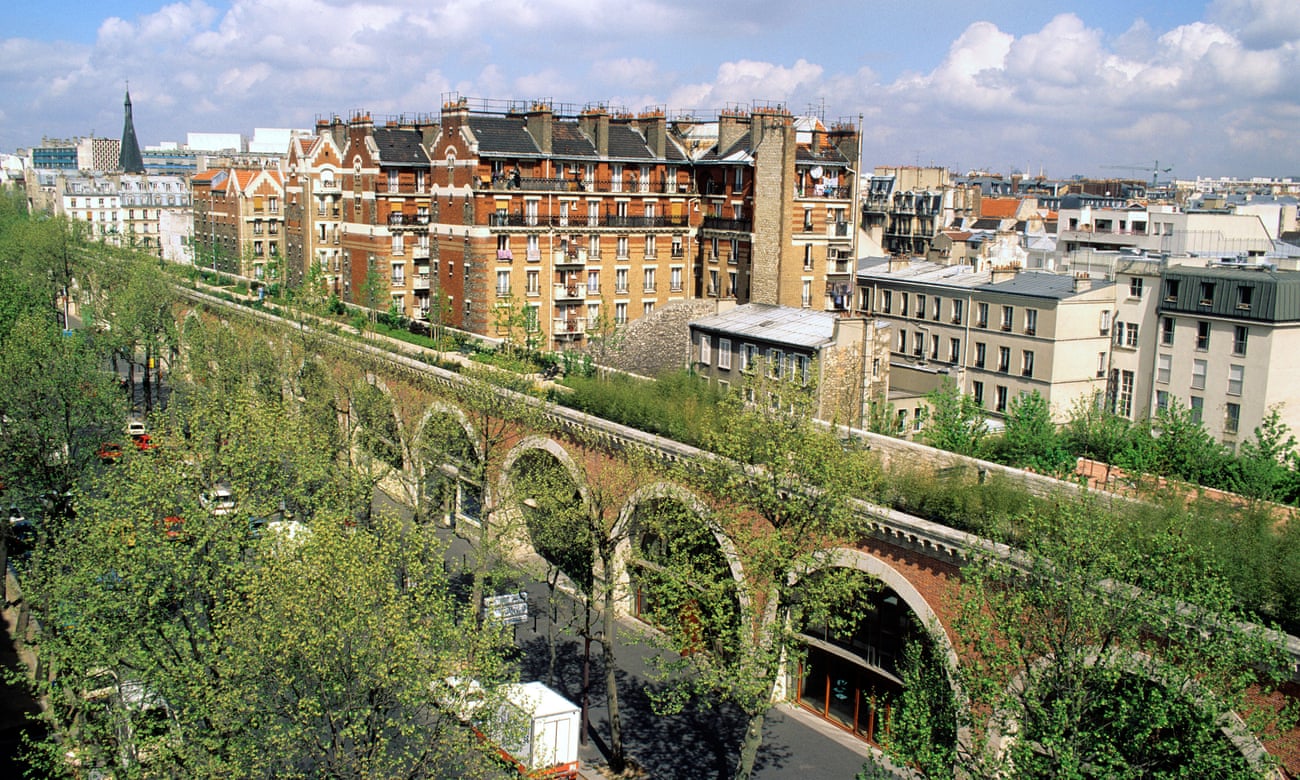 Psychological responses to climate change, and to other aspect of environmental problems and the way our society operates as a whole have long been an obstacle to change. As it stands, a lot of people feel drained by work, and generally gloomy about both the state of the world, and their ability to do anything about it. I believe that moving towards a democratic socialist economic model, where people have more ownership of their work, and more say in how their businesses and countries are run, would go a long way to improving mental health across society. That said, even if we make such a change far more rapidly than I think is possible, the massive changes to our climate, and the changes that will follow as a consequence of that, are going to mess with people’s heads.

The concept of eco-anxiety has been discussed quite a bit in recent years, both among those of us who spend a large portion of our time on the subject of climate change, and among younger people who are growing up with an awareness of climate change as a looming disaster that they’re largely powerless to stop.

Coping with the changes that we can no longer avoid is going to be rough, and there is merit in taking action not just to address the material equations of food, water, energy, and medicine, but also the mental health of the population. The goal is not just to survive, but to build a world in which, as much as possible, everyone can thrive. I will not be satisfied with stopping the process of making the world worse, I want it to be better.

With that in mind, I want to take another look at the concept of urban gardening, not just for the fraction of a city’s food it could provide, but also for the other benefits.

First, briefly, is the issue of air pollution. It’s a major problem in cities around the world, it causes a dizzying array of mental and physical health problems, and it is more dangerous in higher temperatures. Add in global warming, and I think the problem is clear.

Plant life can reduce the harmful effects of air pollution. The degree of effect can be unclear, and depending on species and conditions, there may not always be a clear physical health benefit from adding plant life to cities, as things like pollen can have their own negative effects on lung health. While I think increasing urban plant life would be a good thing for air pollution overall, it’s important to pay attention to potential downsides, and plan for them. Never make the mistake of thinking any changes we make will – or can be – entirely perfect.

Beyond that, however, there’s a fair amount of work that has been done in the last few years showing that time spent in and around growing plants can decrease stress and increase happiness.

Analyzing data that followed people over a five year period, the research has found that moving to a greener area not only improves people’s mental health, but that the effect continues long after they have moved.

The findings add to evidence that suggests increasing green spaces in cities — such as parks and gardens — could deliver substantial benefits to public health.

The research is one of the first studies to consider the effects of green space over time and has used data from the British Household Panel Survey, a repository of information gathered from questionnaires filled in by households across Great Britain.

The study also discovered that the longer period of time the participants spent gardening, the larger the improvement in positive body image when they left their allotment.

On gardens in hospitals:

Adding greenery in the form of a garden to the often sterile, cold environment of hospitals and other healthcare facilities can reduce stress in patients, visitors and staff and even lessen a patient’s pain in some instances, says a Texas A&M University authority on health care design.

According to the study, published in International Journal of Environmental Health Research, urban parks have been recognized as key neighborhood places that provide residents with opportunities to experience nature and engage in various activities. Through contact with the natural environment and engagement in health-promoting and/or social and recreational activities in parks, users experience physical and mental health benefits such as stress reduction and recovery from mental fatigue.

Principle investigator Hon K. Yuen, Ph.D., OTR/L, professor in the UAB Department of Occupational Therapy, said the original intent of the project was to validate previous research findings on the impact of park visit on emotional well-being, and evaluate the contribution of choosing to participate in physical activity in the park in relation to emotional well-being after the park visit.

More than that, the nature of the green space matters too. Any is better than none, but having something approaching wilderness seems to make a real difference as well:

A new study led by the University of Washington has found that not all forms of nature are created equal when considering benefits to people’s well-being. Experiencing wildness, specifically, is particularly important for physical and mental health, according to the study published Jan. 29 in the journal Frontiers in Sustainable Cities.

Past research has found health and wellness benefits of nature for humans, but this is the first study to show that wildness in urban areas is profoundly important for human well-being.

“It was clear from our results that different kinds of nature can have different effects on people,” said lead author Elizabeth Lev, a graduate student in the UW School of Environmental and Forest Sciences. “The wilder areas in an urban park seem to be affording more benefits to people — and their most meaningful interactions depended on those relatively wild features.”

We are an increasingly urban species, and as we continue into the 21st century, we are already facing the need to redesign most aspects of our infrastructure to account for climate change (and recently for infectious disease). Many cities are already working in green spaces where they can, and this is a good thing. Increasing that trend, treating plant life as a valuable resource to be maintained and cultivated for the population, and making it possible for people to be involved in gardening themselves would all go some way toward improving life for most of humanity.

The manifestations and results of American “leadership” » « Video: A useful discussion of Planet of the Humans