One of my hopes for the future involves a more urban humanity, but with cities that have plants growing wherever possible. Instead of towers covered in glass, we can have them covered in ivy, or with tiered gardens. Instead of streets, we can free underground mass transit (or elevated railways), designed for accessibility. Also maybe bicycle taxis and the like. The streets themselves can be repurposed for gardening or leisure, or even just some version of “forest”. I want cities that look like strange forested landscapes from a distance, until it gets dark, and you can see lights twinkling through the leaves. There are a lot of reasons for this, some of which I’ve talked about before, but a big one is its affect on the overall health of the population, primarily by mitigating some of the air pollution associated with traffic and industry. We should be clear; air pollution is also a problem in rural areas. That’s why simply adding more vegetation to our current cities – while that’s a decent start – isn’t enough. We also need to change how and why cities are designed, and what the options are for getting around. Regardless, even in cities as they exist today, more green space seems to mean less risk of having a stroke, even controlling for factors like air pollution, smoking, and so on:

The results indicate a direct relationship between increased levels of NO2 in the atmosphere and the risk of ischaemic stroke. For every increase of 10 micrograms (µg) per cubic metre, this risk increases by 4%. The same happens when PM2.5 levels increase by 5 µg/m3. In the case of soot particles, the risk increases by 5% for every 1 µg/m3 increase in the atmosphere. These figures are the same for the entire population, irrespective of other socio-economic factors, age or smoking habits.

“It should be borne in mind that, unlike other air pollutants, which have various sources, NO2 is mainly caused by road traffic. Therefore, if we really want to reduce the multiple risks that this pollutant poses to people’s health, we need to implement bold measures to reduce car use”, says Cathryn Tonne, a researcher at ISGlobal.

“The study demonstrates the importance of environmental determinants in stroke risk. Given that it is predicted that the incidence, mortality and disability attributed to the disease will increase in the coming years, it is important to understand all the risk factors involved”, explains Dr. Carla Avellaneda, a researcher in the Neurovascular Research Group at IMIM-Hospital del Mar and one of the main authors of the study. Previous studies by the same group had already provided evidence on the relationship between factors such as soot or noise levels and the risk of suffering a stroke and its severity. All these factors act as stroke triggers.

In contrast, having an abundance of green spaces within the same radius from the home directly reduces the risk of suffering a stroke. Specifically, up to 16%. In this sense, “People who are surrounded by greater levels of greenery at their place of residence are protected against the onset of stroke”, says Dr. Avellaneda. Exposure to green spaces is generally considered to have beneficial effects through a variety of mechanisms, such as stress reduction, increased physical activity and social contact, and even exposure to an enriched microbiome.

Societies tend to be guided based on the goals of those governing them. Currently, the goal is ever-increasing wealth and power for those at the top. That’s not how things have always been, and it’s not how things have to be in the future. We can have a society aimed at giving everyone the time and resources to really seek meaning and happiness for themselves, and research like this can go a long way to showing us what that society should look like, at least in general terms. We should want things like a more verdant kind of city for the same reason we should want universal healthcare – it makes people’s lives better, and gives them longer, healthier lives. 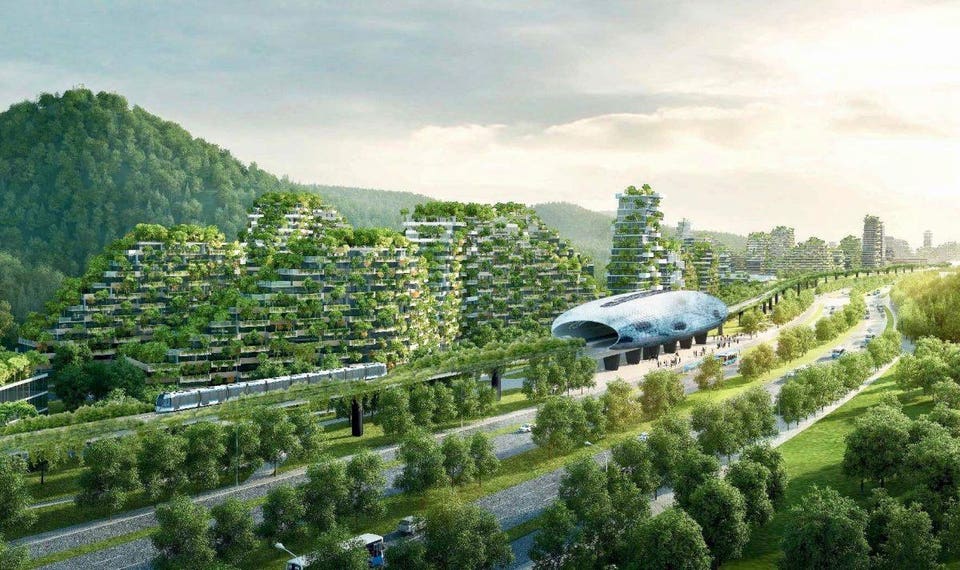 Let me snooze on, like a kitty in the sun » « Deep below the waves, something is stirring…