Eric Tepper is the pseudonym of a Newfoundlander, from the same city as Beijing’s paid stooge and discredited and fake “doctor”, Bruce Aylward.  Tepper was frustrated with the embarrassment Aylward caused and with the worldwide catastrophe Xi Jinping has caused, and created the flag in response.

It’s beautiful.  Xi hates being called Winnie the Pooh despite the resemblance. 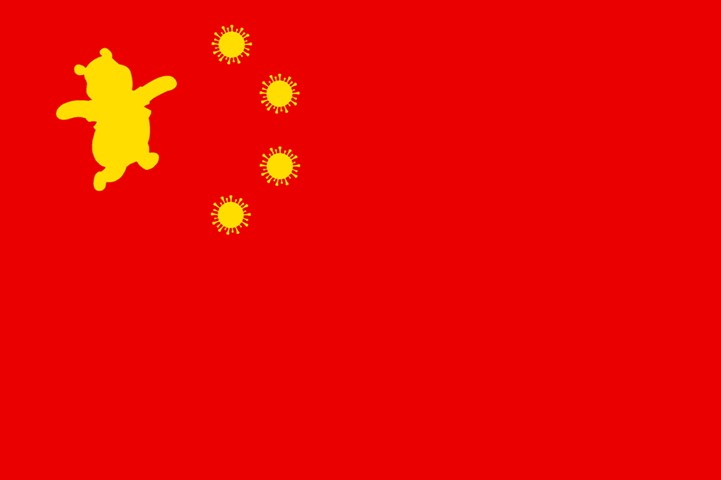 Wait And See: I’m not getting my hopes up yet » « Nothing Changed: Fifty years after the Kent State mass murder