It doesn’t require a financial genius or the ability to read a balance sheet to predict that Cheetolini would engage in graft on a trillion dollar scale, as I said ten days ago that he would.  It only required paying attention to the blatantly obvious.

On April 7th, Cheetolini fired Inspector General Glenn Fine and other people who had the ability to say no and point out misuse of taxpayer money.  Instead, there was no oversight on how US $2,000,000,000,000 would be distributed.

Sadly and predictably, Cheetolini’s “plan” was to give 80% of the money to millionaires.  $1.6 trillion tax dollars given to the richest people, no questions asked, without having done anything to deserve it.

And then idiots like Mnuchin open their mouths and tell people they can live on $1200 for three months.  That is IF they get the cheque at all.  Banks can seize that $1200 “stimulus” (read: advance on future tax refunds) if people have private debts.  And on top of that, Cheetolini wants his name on every cheque as part of his seizure of power. . .I mean, re-election campaign. 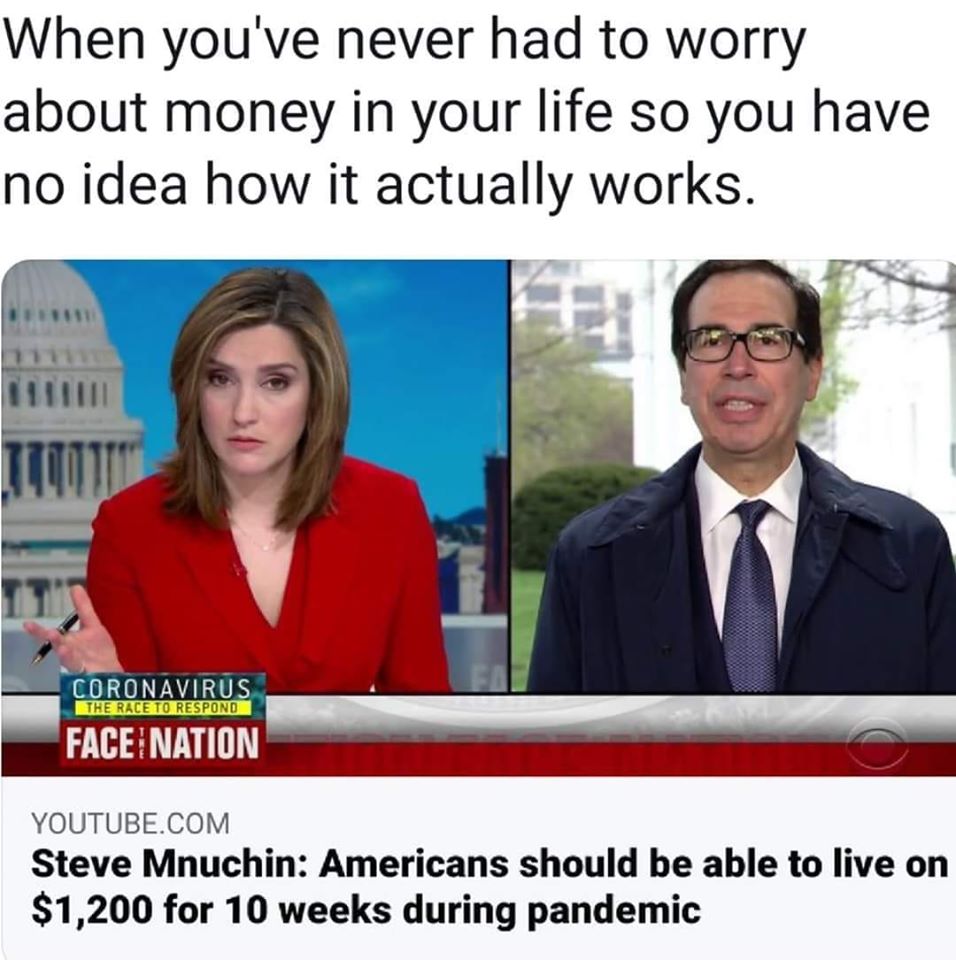 The country is beyond hope.  From The Guardian:

Millionaires and billionaires are set to reap more than 80% of the benefits from a change to the tax law Republicans put in the coronavirus economic relief package, according to a non-partisan congressional committee.

The change – which alters what certain business owners are allowed to deduct from their taxes – will allow some of the nation’s wealthiest to avoid nearly $82bn of tax liability in 2020.

Nearly 82% of the benefits from the tax law change will go to people making $1m or more annually in 2020, according to an analysis by the joint committee on taxation (JCT). Overall, 95% of individuals who benefit from the change make $200,000 or more.

Taxpayers will lose nearly $90bn from the change, which suspends a restriction introduced in the 2017 tax bill.