I’ve repeatedly talked about Taiwan’s success at combatting the CCP virus (aka Xi Sickening), but there are a lot of success stories out there.  And all of them have one thing in common: physical isolation.

Point Roberts, Washington is a tiny spit of land that was accidentally made part of the US in the 19th century when the 49th parallel was set as half the Canada-US border.  To drive from Point Roberts to any other part of the US, you must pass through Canada.  Because of its isolation, the town of 1300 has remained untouched by COVID-19.  It is effectively an island, much like South Korea.

A Border Task Force developed by the Whatcom Unified Command is working to make sure Point Roberts residents’ needs are met as the county responds to the COVID-19 pandemic, according to a news release.

The small Whatcom County town suddenly found itself on an island when the U.S. and Canada agreed to temporarily close the border to non-essential traffic in response to coronavirus on Wednesday, April 18.

That announcement meant Point Roberts, a town below the 49th parallel on the southernmost tip of the Tsawwassen Peninsula with a population of 1,314 people, according to the 2010 census, literally got cut off for non-essential travel with water on three sides and a closed Canadian border to the north. 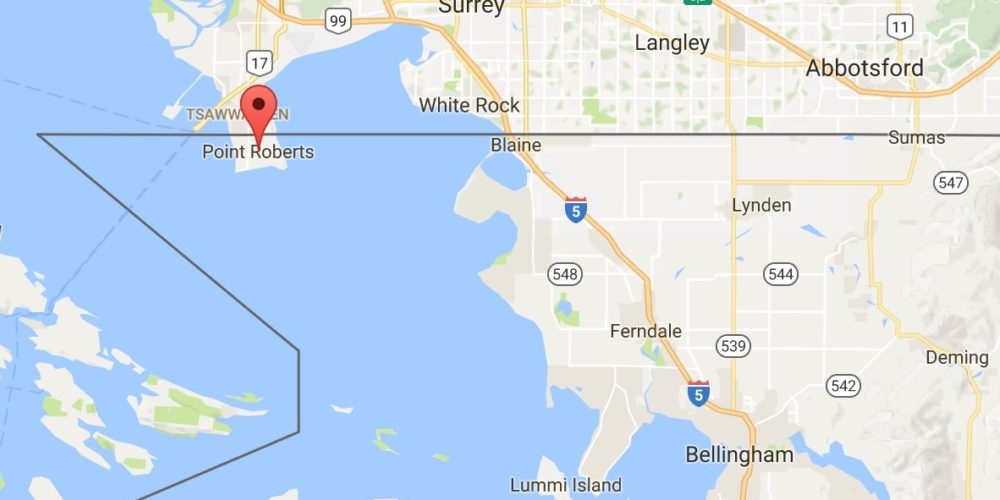 Many places isolated by water, distance and physical barriers have been among the most successful at controlling the spread of COVID-19, whether nations or regions of other countries: the Isle of Man, Malta, Martinique, Madagascar, Gibraltar, Sri Lanka, Hong Kong, Iceland, New Zealand, Vietnam, Laos, Mongolia, Greenland, Sardinia, South Korea, and several others.  Several African countries currently have low counts and may end up the same because of physical separation since world travel stopped.

The oddest case must surely be Venezuela.  Despite its location and population density, is has relatively few infected cases and deaths.  Could it be that the last three years of political and economic turmoil (read: US attempts to overthrow the government) made travel so unpalatable for both business and tourists that no one wanted to go there, thus less spread of COVID-19?

Sources Named: Who I quote and why » « There For All To See: The corruption was predictable