The royals own the world an explanation, but will likely never give one.  One of their blue balled blue-bloods, Andrew, was a “client” of Jeffrey Epstein.

Andrew was photographed with Virginia Roberts, one of Epstein’s victims, when she was 17.  The woman in the background is Ghislaine Maxwell, Epstein’s girlfriend and alleged madam.  Quoting from the Washington Post:

LONDON — Buckingham Palace has never explained the photograph. It shows a middle-aged Prince Andrew, Duke of York, smiling with his arm around the bare waist of Virginia Roberts, then 17, who claims she was later paid by Jeffrey Epstein for sexual encounters with the prince.

In the background stands Ghislaine Maxwell, a British socialite who accusers say was Epstein’s girlfriend and madam. The photo was reportedly taken at Maxwell’s London home in 2001.

The image caused scandalous headlines for the royal family when it first surfaced in 2011. Epstein was by then a registered sex offender who had served prison time for two felony prostitution charges.

The photo became news again in 2015, when Andrew was named in U.S. court documents that outlined serious allegations of sexual misconduct.

Andrew, the brother of Prince Charles and eighth in line to the British throne, has denied having any sexual relations with Roberts. A federal judge struck the allegations from court records, saying they were “immaterial and impertinent.”

But after the arrest of Epstein on July 6 on federal charges of sex trafficking of minors in Florida and New York, this old scandal is back for Prince Andrew.

With Epstein now dead after a suspected suicide Saturday and Maxwell apparently outside the reach of investigators, hiding from the limelight she once embraced, the Duke of York may be the highest-profile member of Epstein’s circle from the time of the allegations against him. 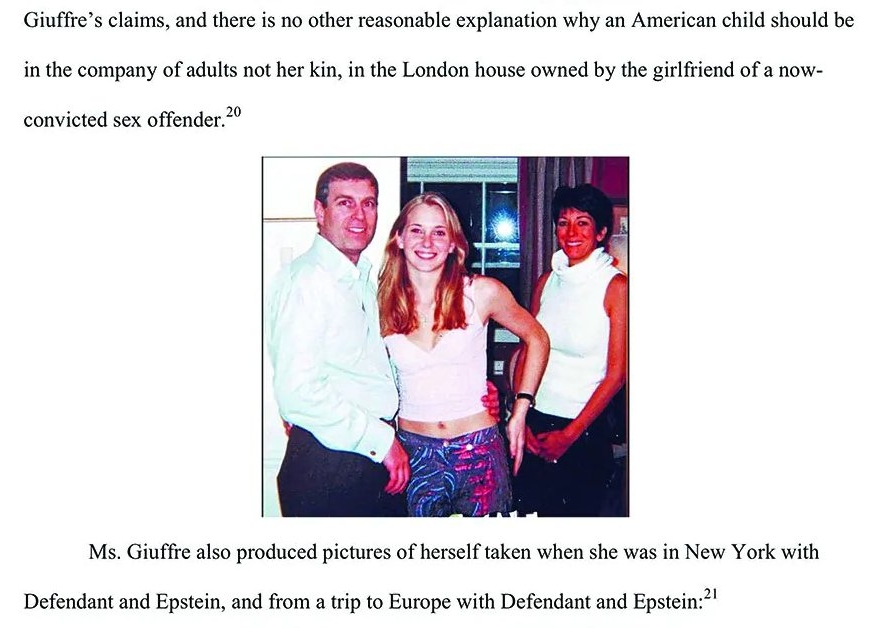 I’m honestly not that shocked.  The taint of sexual impropriety with children runs in the family.

As we will see with Andrew, the royals circle the wagons and protect their interests at the expense of the public.  And if the victims’ claims are to be believed (in an era of Me Too, they should be), Mountbatten was reportedly a “regular” at the Kincora boys’ home in Northern Ireland. where the sexual abuse of children was a daily event.   Mountbatten introduced Jimmy Savile to prince Philip in 1966.

I detest royalty in its entirety, in all countries.