Well at least we know that if we do see sexism anywhere we can point it out without repercussions.

Hahahahaha just kidding, no we don’t. Look what happened to Rose McGowan for instance.

Late Wednesday, the actress and director wrote on Twitter that her agent fired her because she “spoke up” about Hollywood casting practices, adding the hashtag #BRINGIT. Last week, the actress had tweeted the casting notes from a movie whose star, she wrote, has a name that “rhymes with Madam Panhandler.”

That is, Adam Sandler. Behold those casting notes: 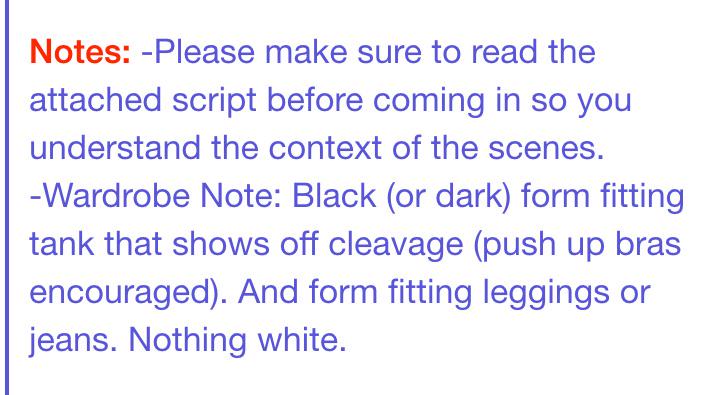 Notes: –Please make sure to read the attached script before coming in so you understand the context of the scenes.

In short, we’re auditioning your tits and your bum.

A few days later, Ms. McGowan told Entertainment Weekly that while she was not trying to vilify Adam Sandler in the tweet, it was “the stupidity more than anything” that set her off. “I was offended by the fact that went through so many people’s hands and nobody red flagged it,” Ms. McGowan said. “This is normal to so many people.”

Yes, it is, and that’s why we keep trying to make it better, to shouts of “witch hunt” and “lynch mob.” (Will there be witch hunt-lynch mob shouts about reactions to Adam Sandler’s casting notes? Any bets? No, that would be a terrible bet to make. Of course there will.)

I wonder if Richard Dawkins will be rushing to protest the lynch mob at McGowan’s agency that fired her as a client. No I don’t; of course he won’t. Rose McGowan isn’t a top male scientist, so he’s not going to give a rat’s ass about her.

The pope explains about marriage » « The ultimate in liberation