5:20 a.m. this Wednesday: not a single #CharlieHebdo left at the newsagent’s at Nantes station. The 106 copies were gone in 5 minutes. 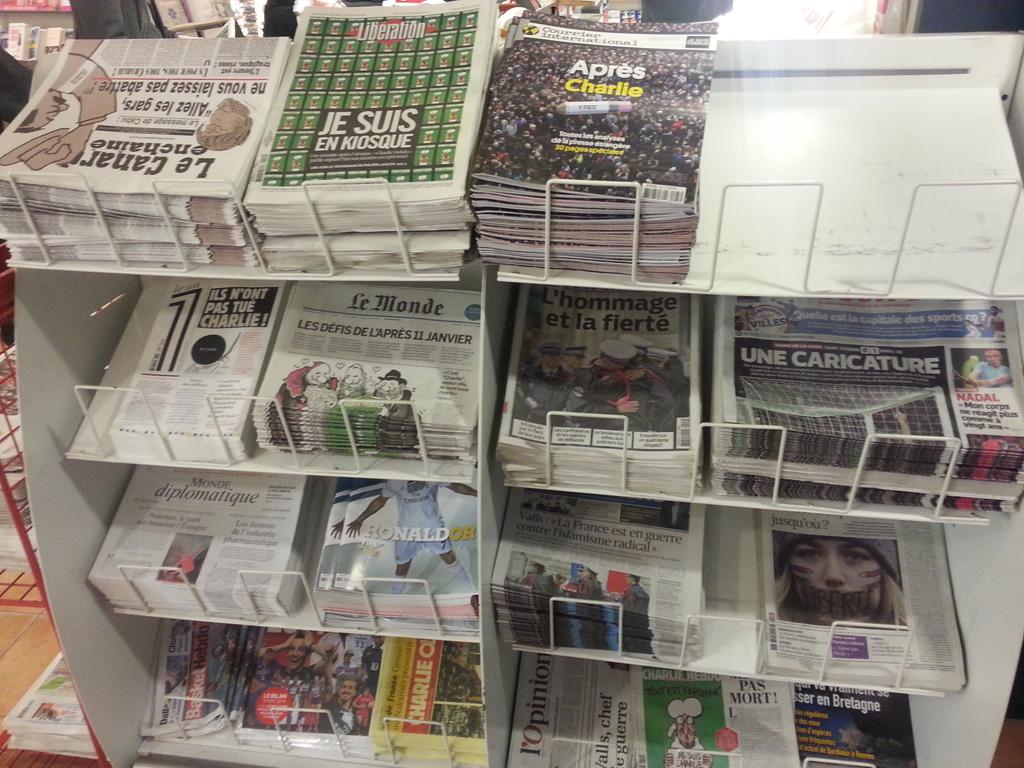 I like that photo because you can see how CH is still all over all the papers. I especially like the cover of Libération.

What the killers said » « 3 million Charlie Hebdo not nearly enough