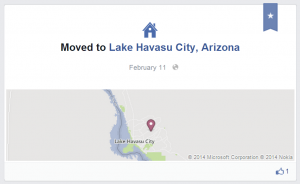 Exciting life change. Didn’t work out all that well.

END_OF_DOCUMENT_TOKEN_TO_BE_REPLACED

There was that grotesque incident on Monday, at an “Outdoor Machine Gun Adventure” in the Mojave Desert not far from Las Vegas.

A 9-year-old girl at a shooting range outside Las Vegas accidentally killed an instructor on Monday morning when she lost control of the Uzi he was showing her how to use.
…

The girl, whose name wasn’t released, visited the outdoor shooting range while vacationing with her parents. She’d fired the 9mm weapon, designed for use by the Israeli defense forces in the 1940s, several times in single-shot mode. But when it was set to fully automatic, the weapon recoiled and she lost control.

END_OF_DOCUMENT_TOKEN_TO_BE_REPLACED

R.R. Reno, editor of First Things (a journal that promotes “economic freedom” and a “morally serious culture”), published a very helpful essay illustrating how this fresh new strategy might work in practice. Reno begins his piece with a richly-drawn portrait of a hypothetical female Democratic voter: She is a “single, 35-year-old McKinsey consultant living in suburban Chicago who thinks of herself as vulnerable and votes for enhanced social programs designed to protect against the dangers and uncertainties of life.” END_OF_DOCUMENT_TOKEN_TO_BE_REPLACED

This is very sad, on many levels.

Five doctors, nurses, and hospital staffers who are co-credited as authors of a paper about Ebola published today in Science have already died of the disease, the publication says. All five worked at Kenema Government Hospital in Sierra Leone, and all were “experienced members of the hospital’s Lassa fever team.” (Lassa fever is “a hemorrhagic illness with many symptoms similar to Ebola.”)

One of the victims was Sheik Umar Khan, the doctor supervising Sierra Leone’s Ebola response, whose death last month was widely reported.

Three of the victims were infected while caring for another colleague of theirs who contracted the virus while pregnant, Science says. One of those victims, Mbalu Fonnie, was the nursing supervisor of the hospital’s Lassa fever ward and had survived a Lassa fever infection.

A federal judge in Utah struck down part of the state’s ban on polygamy as unconstitutional yesterday.

US district judge Clark Waddoups ruled in December that a section of Utah law that prohibits “cohabitation” violates the Constitution’s religious freedom and privacy protections. He reaffirmed this decision in his Wednesday ruling, in which he also provided attorney’s fees to the plaintiff, Kody Brown, a star of TLC reality show Sister Wives.

A law against cohabitation does sound very intrusive. On the other hand what if it’s just a euphemism for a certain kind of exploitation? END_OF_DOCUMENT_TOKEN_TO_BE_REPLACED

Anita Sarkeesian released a new video the other day, so of course Anita Sarkeesian had to go stay with a friend the other night because she got such direct graphic threats complete with her actual address attached.

Since the project launched on Kickstarter way back in 2012, the gaming community has been treated to an incessant, deeply paranoid campaign against Tropes vs. Women generally and Sarkeesian personally. This includes a flood of violent comments and emails, videos documenting ways in which she’s not a “real gamer,” a game in which you can punch her in the face, and a proposed documentary devoted to exposing the “lies” and “campaign of misinformation” from what is, again, a collection of opinions about video games. Also, now, she’s apparently spent the night with friends after contacting law enforcement about “some very scary threats” against her and her family. She’s published a page of extremely violent sexual threats from the person who apparently drove her to call the police; in it, the user mentions the location of her apartment and threatens to kill her parents, who the user names and claims to be able to find.

END_OF_DOCUMENT_TOKEN_TO_BE_REPLACED

Samira Ahmed notes the Talk to the (Male) Community Leaders approach to dealing with social tension and the dire consequences for non-leaders who have the bad luck to be also women.

Back in 2001, the London charity Southall Black Sisters, which has been campaigning against domestic violence since the 1970s, put me in touch with a social worker who had recently been transferred to Bradford. She told me how she had found herself the only woman at a post-riot “community relations” meeting where, she claimed, community leaders asked the police to pass any complaints of domestic violence from Pakistani women straight to them. They would “sort it” themselves. The worker said she challenged this, but felt that if she hadn’t been there the police would have agreed. END_OF_DOCUMENT_TOKEN_TO_BE_REPLACED

Originally a comment by Maureen Brian on Orwellian but unofficial.

And just as I was doing this another South Yorkshire story popped up, this one about the strange habit of the cops in treating information differently depending upon whether or not they can make it conform to their pre-conceptions.

It is interesting to observe all this “it must be racism” or “it must be because it’s the Labour Party” or “it’s not fair to pick on Rotherham” or “how were we supposed to know?” nonsense.

I have no academic study to quote figures from, so don’t ask, and what I say is based upon living in either West Yorkshire or inner city London for almost all of the time since the autumn of 1960. It is based on observation, close and direct observation. END_OF_DOCUMENT_TOKEN_TO_BE_REPLACED

Today’s installment of Dawkins setting the world straight on everything.

(Have you noticed that he’s tweeting in this way more now that so many people have made it so clear to him that they think setting the world straight via Twitter is not part of his skill set? I’ve noticed that.)

Chastity deprives people of existence. It doesn’t kill people. Early abortion resembles abstinence not murder. Not everyone understands this

“We get it”. Yes i know YOU get it, but you aren’t everybody. There are millions who don’t get it & think all abortion is absolutely wrong.

END_OF_DOCUMENT_TOKEN_TO_BE_REPLACED

Originally a comment by Brony on Orwellian but unofficial.

As a pejorative, “Politically Correct” has lost its bite.

Good. Awareness of sociopolitical sensitivities is a good thing because it adds precision. It should be a neutral.

What we have is an Orwellian (but unofficial) “Thought Police”

So the back and forth that society uses to come to decisions of current issues of importance is now the same as a government controlling expressions that implicitly support opponents or oppose the status quo? Maybe I’m missing some subtlety but this seems the literal opposite of the actual situation. Dawkins is receiving criticism, losing some supporters, and maybe even gaining some as a result of his actions (I would be very interested in correlations in that last group). You can’t frame the whole thing in terms of criticism and losing support as “Thought Police”.

That’s some serious conservative level whining at a changing culture right there.

Or we can learn to understand sociopolitical sensitivities so we can deal with them appropriately and contextually. Some matter, some don’t. Just ignoring them is how groups of little boys preferred to operate back in school.

Academics fly kites, try ideas on colleagues & students, often rejecting them after discussion. “What if . ..?” “Could it be that . . .?”

What is being asked is for the casualness and thoughtlessness to be avoided. Who tries ideas and ignores whole categories of responses? Sociopolitical sensitivities are data! Is beating on lived experience really part of the equation? I find it hard to believe this guy is a scientist but I know better.

I’ve made the same damn mistake as Dawkins around here a couple of times (maybe more than a couple), but I asked people to tell me why what I said was a problem because I wanted to know what happened to give them a painful reaction so I could accommodate that phenomena because I don’t want to hurt people. That Dawkins can’t do this (maybe won’t, I’m unsure about the filters that being an authority puts on your mind) is very concerning.

But also many responded with vitriol as if offended by the very idea of asking academic questions.

Did Dawkins link any of these? Because I am at the point where whenever anyone gives an opinion that is essentially a averaged stereotype of what they perceive I want links.

Maybe Twitter is not the place for fully worked out exposition. Maybe it is a good place for thinking aloud & seeing how ideas will fly.

Yes and if you started looking like you had the capacity to listen to people besides those you already agree with and who support you it would probably work out better. While we all try to avoid it we get to make mistakes, we get to accidentally piss people off, we get to accidentally hurt people. What matters is what you take from the experience and how you let it change you. Figuring out that part involves listening and showing that you comprehend independent of any agreement or disagreement.

This is what many of my tweets try to do: think aloud & see what others think. It works for some readers. If you don’t like it, don’t follow.

I fail to see the usefulness of thought experiments that categorically rule out some responses, or fail to anticipate or accommodate them. It suggests that you have “proper solutions” to the experiment already in mind.