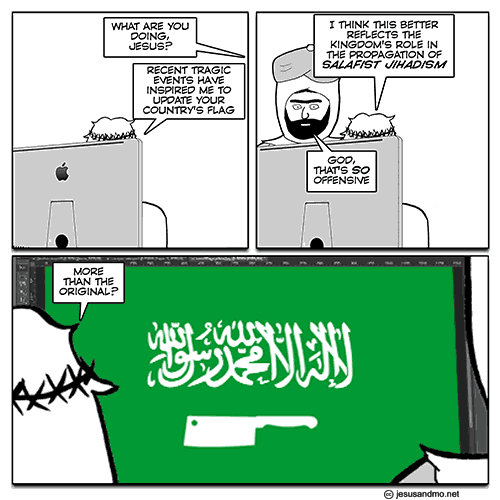 The Arabic reads: There is no God but Allah and Muhammad is his Prophet.

The picture reads: And if you don’t agree we’ll cut your fucking head off.