I subscribe to Google alerts on asexuality and aromanticism, mostly as a way of finding the best articles to highlight in The Asexual Agenda linkspam. Recently I found two hostile articles from alt right sources. Such articles are rare; once I compiled statistics on the all the alerts from one month, and found that 2 out of 132 articles were hostile. But I still highlight these articles to showcase conservative anti-ace “tropes”.

Knowing what this is, it’s 100% okay to skip this one. I don’t post this on The Asexual Agenda because it’s too feelsbad for a lot of people.

END_OF_DOCUMENT_TOKEN_TO_BE_REPLACED

Tell Me Why is probably the highest profile example of a trans character in video games. Not the biggest game to feature a trans character, nor the game that places the most focus on trans characters, but something in the middle. A game with a trans protagonist, but not about trans issues, which was made by a medium-sized studio.

I didn’t think I would be playing this one, because I did not care for the writing in DONTNOD’s seminal game Life is Strange.  But, there’s a free giveaway for the month of June on Steam. Furthermore, I was intrigued by the controversy around the game, most clearly expressed by Dia Lacina’s review, “‘Tell Me Why’ Smothers Its Representation in Bubble Wrap“. Despite Lacina’s critical stance, it only made me more eager to form my own opinion.

cn: mild spoilers for events in the early game
END_OF_DOCUMENT_TOKEN_TO_BE_REPLACED

END_OF_DOCUMENT_TOKEN_TO_BE_REPLACED

cn: no spoilers in the OP, but spoilers permitted in comments

Over break, I tried playing Bugsnax, a video game about catching snack-themed bug monsters. I expected a light and colorful game, but I got something more story-oriented, and way more queer. And that’s not just me reading into it–basically anyone who plays through the game will know that there are not one but two same-sex couples in its cast of 13. Fewer players realize this, but there is also a nonbinary character. 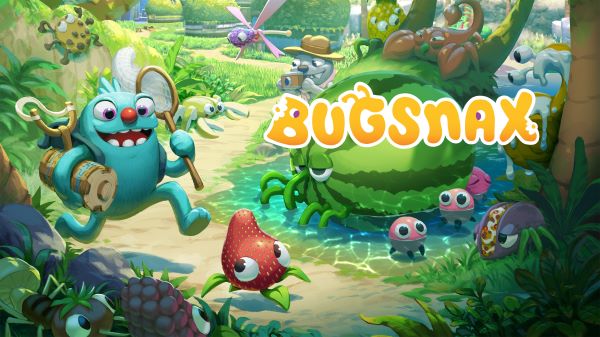 My attitude towards queerness in video games is as a nice-to-have. I don’t really expect it, and I expect little out of it. Bugsnax having many queer characters is a pleasant surprise. But I read webcomics whose casts are 100% queer, so for me the novelty is only in the medium, and not in the queerness itself.

What really pleased me about Bugsnax is that it is an excellent example of what I’m calling twofold queer representation. It has queer characters… and queer-coded themes. The queer themes are never explicitly labeled as queer, and have no direct connection to the queerness of the characters. Nonetheless, the significant presence of queer characters cues the player to look for queer interpretations of the rest of the story–and find them.

END_OF_DOCUMENT_TOKEN_TO_BE_REPLACED

As massive anti-racism protests erupted across the US (and the rest of the world as well) we had yet another public conversation about the value and significance of riotous actions within protests. My own social media environment is very progressive and supportive of the protests, but even there I saw some disagreement, as some folks argued that rioting was valuable and significant, and others argued that it was not a significant part of the mostly peaceful protests.

After about a week, the latter view seemed to win out, especially in light of the much more significant violence perpetrated by the police themselves. “The Police are Rioting. We Need to Talk About It” is an article title that about sums it up. At this point I feel like I’m addressing the topic too late. But there’s one argument that stuck in my head.

This one argument justified recent riots by comparing them to the Stonewall riots. In the US, June is Pride Month, which originated as a commemoration of the Stonewall riots. The Stonewall riots clearly demonstrate the potential value of violent protest. On the other hand, the history of Stonewall is heavily mythologized, and there is a danger of drawing the wrong conclusions based on fiction.

Today I’d like to discuss a scholarly article: “Movements and Memory: The Making of the Stonewall Myth” by Elizabeth A Armstrong and Suzanna M Crage (via belowdesire, who has many other informative articles). And I do recommend reading the entire article yourself if you have the time. By examining the history we can better understand the potential–and limitations–of riots.

END_OF_DOCUMENT_TOKEN_TO_BE_REPLACED

This has been crossposted to The Asexual Agenda.

“Subversivism”, according to Julia Serano, is

the practice of extolling certain gender and sexual expressions and identities simply because they are unconventional or nonconforming. In the parlance of subversivism, these atypical genders and sexualities are “good” because they “transgress” or “subvert” oppressive binary gender norms.

Serano criticizes subversivism because it creates a double-standard, where people who are perceived as having less transgressive experiences are excluded or othered.

Subversivism was established in Serano’s book, Whipping Girl, and further discussed in Excluded. Although, I admit that I have not read these books, and have instead gotten the short version from Serano’s blog. I refer to subversivism often enough that it seems useful to write up my own thinking about it, and discuss its applications to my own area of activism.

END_OF_DOCUMENT_TOKEN_TO_BE_REPLACED

For about ten years, I’ve been hearing about this dispute between pansexuality vs bisexuality. In its most basic form, the contention is that the “bi” in “bisexuality” refers to two genders, which seems to entirely forget about nonbinary people. Some people propose using “pansexual” instead. Other people defend “bisexual”, or admit that it has problems but still prefer it as the more recognizable term.

I am neither bisexual nor pansexual nor nonbinary, so I’m just weighing in from the perspective of someone who has been hearing about it for a long time.