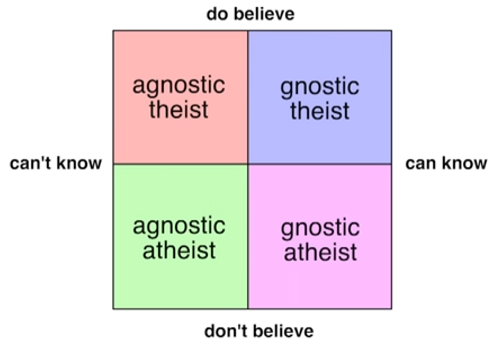 END_OF_DOCUMENT_TOKEN_TO_BE_REPLACED

Since the issue at hand is about how to refer to people in the US of Latin American origin or descent, and since I am deliberately not favoring any particular word, in this post I will use “Latino/x/e” to describe this group.

In a previous post, I discussed why we grant members of a group special authority to talk about issues related to that group. In this post, as a case study, I examine the word “Latinx”, a contentious gender-neutral term for people of Latin American origin or descent. It’s commonly argued that this word should not be used, on the basis that Latino/x/e people themselves don’t like it, and presumably they have special authority to speak on the matter. I’ve also heard people say that “Latinx” must be coming from misguided non-Latino/x/e people.

As an example of these arguments, there was a recent NYT essay that argued that “Latinx” fails because it is rejected by 97% of Latino/x/e people in the US.

But something that the essay completely ignores, is that “Latinx” has strong associations with specifically queer Latino/x/e people. This is acknowledged by the Pew Research poll that the essay is based on:

The first substantial rise in searches [for “Latinx”] (relative to all online searches) appeared in June 2016 following a shooting at Pulse nightclub, an LGBTQ dance club in Orlando, Florida, that was hosting its Latin Night on the date of the attack.

END_OF_DOCUMENT_TOKEN_TO_BE_REPLACED

The Black Lives Matter protests are about systematic police brutality and racism. In the face of such weighty issues, it seems petty to talk about mere language, potentially even a drain on activist energy. Nonetheless, I personally find language to be a stimulating topic rather than a draining one, and it can be used as a lens to engage with larger issues.

The larger issue here, is the relationship between anti-racism, and Asian Americans. Anti-racism in the US has largely focused on anti-Black racism, and to a lesser extent anti-Latinx and anti-Indigenous racism. Asian Americans–as well as people of other ethnicities/races/nationalities–tend to throw in some nasty complications, mucking up the clean generalizations people would often like to make. For example, asking people to recognize their White privilege just falls flat when the audience is simply not White.

And you should know, I’m not deliberately trying to trip up anti-racist activists. It’s not a gotcha. It’s just a fact about me, that I’m mixed race Asian American, and my list of privileges is somewhat different. The differences are sometimes important, sometimes not.

END_OF_DOCUMENT_TOKEN_TO_BE_REPLACED

When I started out writing about sexual violence, I was confused about many of the terms surrounding it. I didn’t even know, until someone told me, that “sexual violence” was an all-encompassing term. So I’m writing a guide to terminology, of the kind I wish I had years ago. My aim is to go beyond a glossary, not just providing definitions but also commenting on connotations and practical usage.

In my experience, definitions of sexual violence can be confusing. For example, the NSVRC says sexual violence is when “someone forces or manipulates someone else into unwanted sexual activity without their consent,” and then proceeds to list examples which do not obviously fall under its own definition, such as spying on sexual acts. If you’re not sure whether to go with the explicit definition, or the list of examples, always go with the list, which has more consensus than the literal definition.

Sexual assault – Sexual assault is non-consensual sexual touching. Common examples include unwanted kissing, groping certain body parts, and rape. Sexual assault is also a legal term, although at least in the US, there is a distinction between assault (the threat of violence) and battery (the violence itself). Outside of legal contexts, “sexual assault” usually refers to what is legally called “sexual battery”.