Scientists working at the super collider that measured neutrinos seeming to beat Einstein’s cosmic light speed barrier a few months ago say they have uncovered at least two issues with the high-tech gear used to clock the speedy particles. It could boil down to faulty wiring: END_OF_DOCUMENT_TOKEN_TO_BE_REPLACED 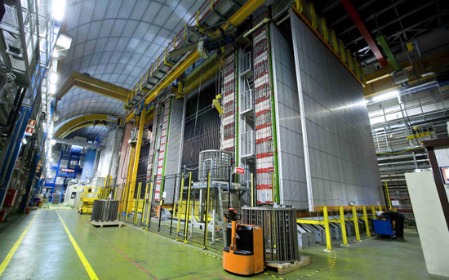 I’m not going to say I told you so, But I Told You So!

Those weird faster-than-light neutrinos that CERN thought they saw last month may have just gotten slowed down to a speed that’ll keep them from completely destroying physics as we know it. In an ironic twist, the very theory that these neutrinos would have disproved may explain exactly what happened.

Spoiler Alert: the article suggests the effects of relativity on the GPS satellite used to clock the neutrinos were not correctly taken into account. When they are taken into account the 60 odd nano-seconds that were throwing everything off disappear faster than a neutrino down an event horizon.

Update: Via RandomFacter in comments, you should have put your money down.