I like blogging, sometimes you learn a lot and it’s always cathartic. Sure, I have to beg readers for money — which is not going well at all this season, hint hint — and deal with a small amount of hate mail directed at atheist-progressives. But when my days are free and time permits, there’s some fun stuff to enjoy mixed into every dismal news cycle. Like this tidbit on missing brains from the nearby University of Texas: END_OF_DOCUMENT_TOKEN_TO_BE_REPLACED 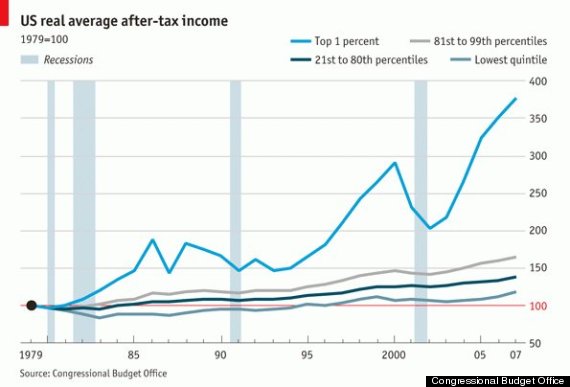 If you think the middle-class has it bad, try being poor in this shitty time and place. Just admitting you are struggling is a huge risk for the suddenly poor, like painting yourself with a laser for teaparty smart bombs to get a fix on. It creates a convenient target for ragers and haters. As a nation, we love hating the poor so much that we end up blaming them for anything and everything.

I pass the hat every December. But this is my second Christmas of actually being dirt poor and literally begging for any holiday shekels you might have to pay basic bills like power or rent. If you can, my Paypal account is DarkSydOtheMoon -at- aol. I know I’ll make it out of this, but a fair question is how did a smart, college educated single guy end up here in the first place? I ask myself that a lot, at the risk of scaring people, it’s just luck. It was just a bad sequence of events packed close together. And not only could it happen to you, it probably will happen to you in some way, at some point in your life, if present trends continue unabated. END_OF_DOCUMENT_TOKEN_TO_BE_REPLACED

Please consider a small gift to my Paypal account this season, DarkSydOtheMoon -at- AOL, and thanks for any amount. It sure hasn’t been a quiet Thanksgiving in Central Texas! The peaceful extended holiday weekend in Austin was shattered early Friday morning by downtown gunfire. Larry Steven McQuilliams shot up three buildings, the Austin Police Department headquarters, the Mexican consulate, and a federal courthouse. He was killed at the APD scene, but maps with dozens of buildings and the tools of terrorism were found in his nearby van, indicating he planned to continue his destructive rampage. Thanks to a quick thinking Austin police officer who dropped the assailant with a single expert shot from 100 yards away in the pitch dark,  there were no other injuries reported.

Investigators revealed this week that McQuilliams was an ex-con who also appears to have been a follower of an obscure Christian group called the Phineas Priesthood, an ideology and theology espousing violence by its members, justified as the will of God, especially if used against gay people, abortion proponents, interracial marriage, and of course Jews. One of the groups’ most admired books is a manifesto of divinely inspired white supremacist violence called Vigilantes of Christendom: END_OF_DOCUMENT_TOKEN_TO_BE_REPLACED

There’s the lucky one percent, the luckier top tenth of one percent, there’s the fifty percent, and then there’s the bottom quartile. Somehow, despite an education and skills, I’ve ended up in the bottom and it’s as scary as it sounds. I’m talking minimal survival here, struggling every day for basic food, basic healthcare, modest shelter. That’s why I’m asking for donations this holiday season. A site like that this can’t operate for long as a hobby, not without a little support, but it’s way past that for me and so many others like me. The corporate sector has let us down, again and again, over the last few years. It has let down the kind of people you read about, the reportedly highly sought after employable computer nerds, regardless of what media stereotypes have been packaged and sold. And it doesn’t have to be that way, judging by reported corporate earnings, there should plenty to go around. Especially for those of us who actually do the work. Alas, for many there is not. END_OF_DOCUMENT_TOKEN_TO_BE_REPLACED

It’s nice to have some free time back, but it sucks being broke and miserable. Please consider a holiday donation using the Paypal link above. Being free during the day means getting to keep up with the 24/7 news cycle insanity that has taken over national discourse. Here’s some more fun in that vein from the heartland: Former World Series champ and current ESPN analyst Curt Shilling took to Twitter to pitch his zany views on evolution right down to the ‘why are their still monkeys’ spiel. END_OF_DOCUMENT_TOKEN_TO_BE_REPLACED

All the sudden it’s Dec 1! So Merry Christmas my skeptical friends, and since it’s that time of year, since most atheists and skeptics are like everyone else and we do like the holidays, and best of all since I’m yet again between shitty, no benefit contracts in the dismal field of technical support, I would appreciate any holiday donations you can offer up this month. I used to only bug readers once a year, in December, but lately it’s been a lot more common and I don’t know where I’d be without you.

Christmas is a tough time for the struggling. And on top of that we atheists can count on being smacked around on a regular basis in media of all kinds. Here’s some typical atheist War on Christmas fare in this weekend’s opinion pages: END_OF_DOCUMENT_TOKEN_TO_BE_REPLACED