North Carolina is a state that Trump won in 2016 that this year is seen as a possible Democratic pickup so it was not surprising that Trump held a rally there last week.

As Seth Meyers, says, what was troubling though was that there was no sign of any precautions being taken to prevent the spread of the coronavirus.

This is the reality for many people. 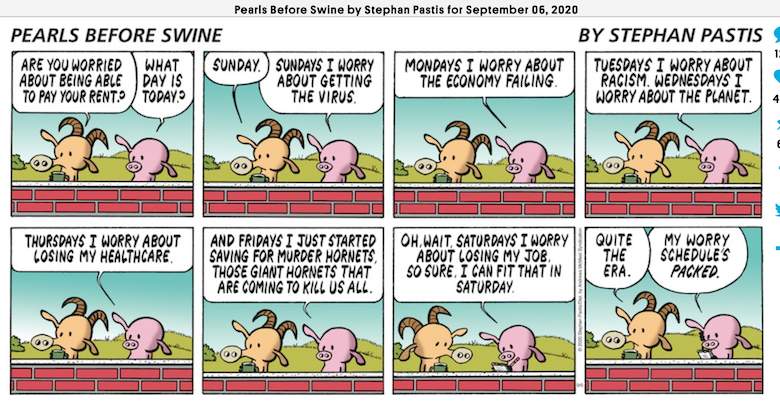 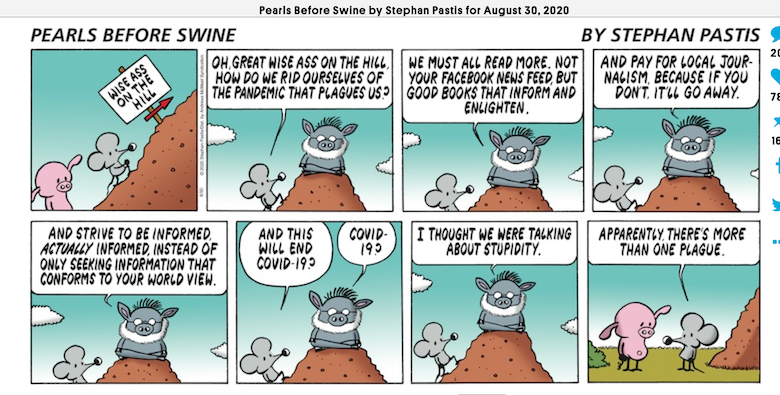 From the very beginning of this pandemic, Donald Trump has downplayed the seriousness of it and avoided taking the tough actions required to curb it. Tim Dickinson has compiled a list of the 22 times that Trump has indulged in magical thinking, claiming that the virus would just go away all by itself, because of warmer weather or by some kind of ‘miracle’ or that it was not dangerous or some such nonsense, ignoring the warnings of public health experts that we needed concerted national action, and praising himself relentlessly for his non-action.
END_OF_DOCUMENT_TOKEN_TO_BE_REPLACED

Samantha Bee explains that this is not just a waste of money and a breeder of anti-science beliefs but can also be very dangerous to women’s health.

Samantha looks at the links between the two. She also asks a good question: why aren’t these heavily armed groups of white people who roam the streets called ‘gangs’?

During one of his recent segments, John Oliver took some shots at the city of Danbury, Connecticut. It was entirely gratuitous and had nothing to do with anything else he was saying and I took it as the kind of thing comedians do, and that is pick on some random city to make fun of, whether it deserves it or not. In the state of Ohio for example, Akron and Canton, two perfectly decent and ordinary cities, are often are the butt of jokes, such as the one about Akron’s city slogan being “Akron: We are not Canton”.

But the Republican mayor of Danbury Mark Boughton took umbrage, declaring that in retaliation they would rename their sewage treatment plant the John Oliver Memorial Sewer Plant.
END_OF_DOCUMENT_TOKEN_TO_BE_REPLACED

John Oliver draws a straight line from the white nationalist rhetoric of Donald Trump, the Republican party, Fox News, and Tucker Carlson to the murder of two people in Kenosha, Wisconsin by a white nationalist Trump supporter.