It is true that China has managed to curb the spread of covid-19 by taking draconian measures such as completely shutting down regions of the country, especially the city of Wuhan where the first major outbreak occurred. As a result, reports say that life has gone back to pretty much normal, something that I have personally heard vouched for by people I know who live there.

But I was still startled to see these photographs, one of which is reproduced below, taken in Wuhan over the weekend, one of many showing a large number of people crammed together at a water park. 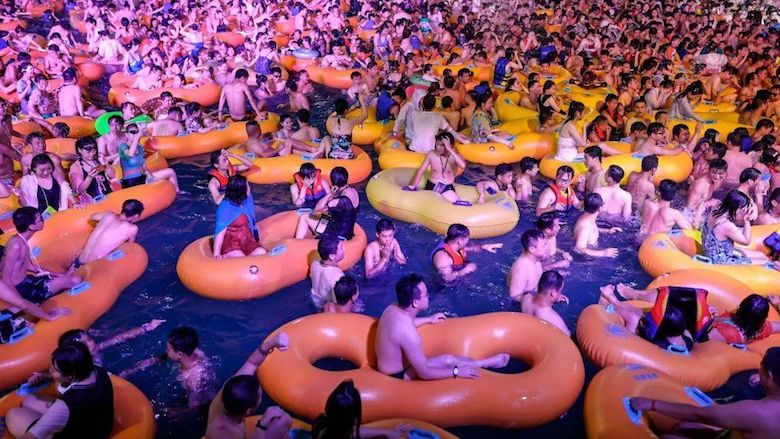 Thousands of people packed shoulder-to-shoulder with no face masks in sight, frolicking on rubber floats and cheering along to a music festival.

It’s not a very 2020 image, but it was the scene this weekend in the Chinese city of Wuhan, where Covid-19 first emerged late last year.

Pictures of partygoers at the Wuhan Maya Beach Water Park – looking very much removed from the outbreak that the rest of the world continues to battle – have now gone, well, viral.

While it is nice to think that we can look forward to returning to some kind of normalcy, this does not strike me as a good idea. The virus is still around and all it will take is for some of these revelers to be infected for rapid spread. Even if the residents of Wuhan had been virus free before, I think people can travel in and out of the city.

It would be terrible if there is a resurgence like the small one in New Zealand, except this would be on a much more massive scale. I am actually kind of surprised that the Chinese government did not ban such events. Are they that confident that they have eliminated the danger of a resurgence?