A Michigan man wiped his nose and face on the shirt of a store employee who was trying to enforce a mask-wearing requirement. The 68-year-old man was charged with misdemeanor assault and battery and, if convicted, faces three months behind bars and a $500 fine.

In St Petersburg, Florida, a man coughed and spit on police and threatened to spread the virus as they responded to domestic violence calls to his home. He faces up to five years in prison on federal charges of perpetrating a biological weapons hoax after his test results came back negative.

A San Antonio, Texas, man claimed in a Facebook post that he paid someone to spread coronavirus at grocery stores. While his threat was deemed false, he too was arrested and charged with a biological weapons hoax. He claimed he was trying to deter people from visiting stores in an effort to prevent the spread of the virus, federal prosecutors in Texas said.

It amazes me that people will go to such disgusting lengths to make a political point. 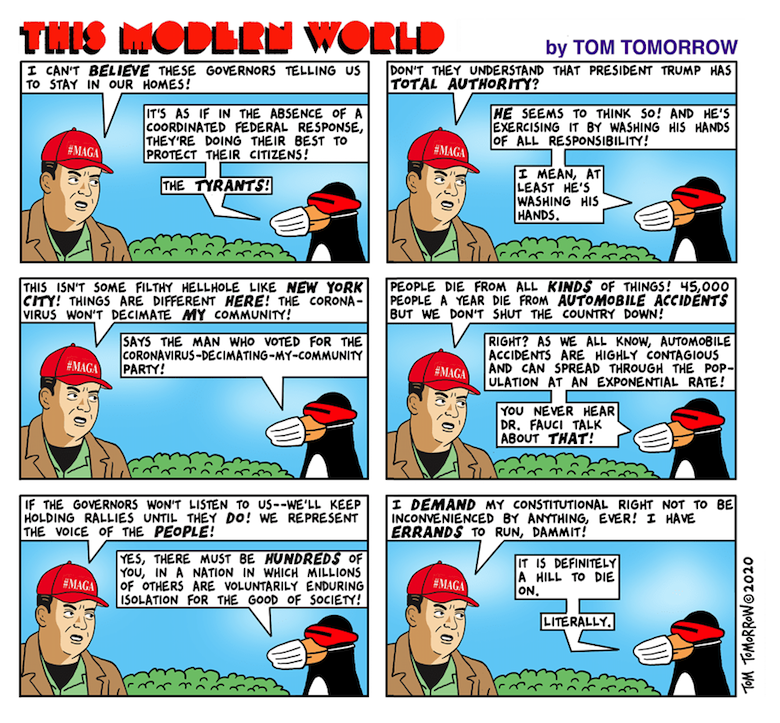